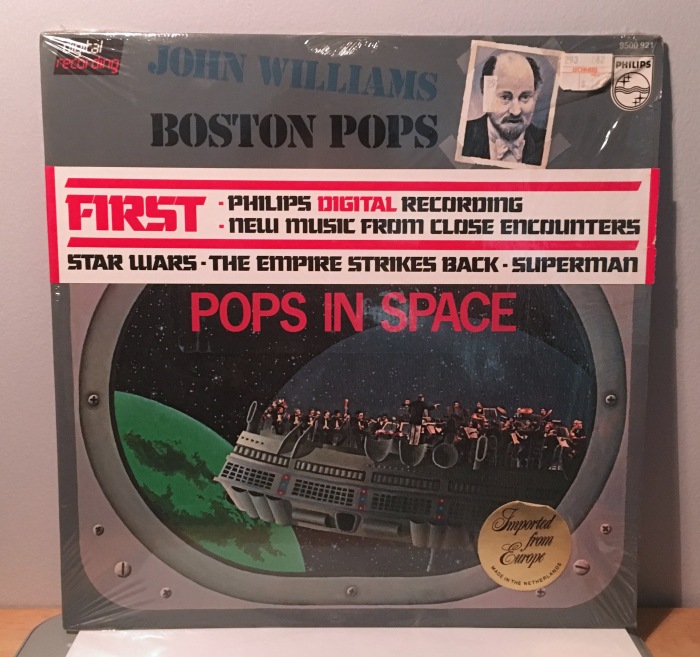 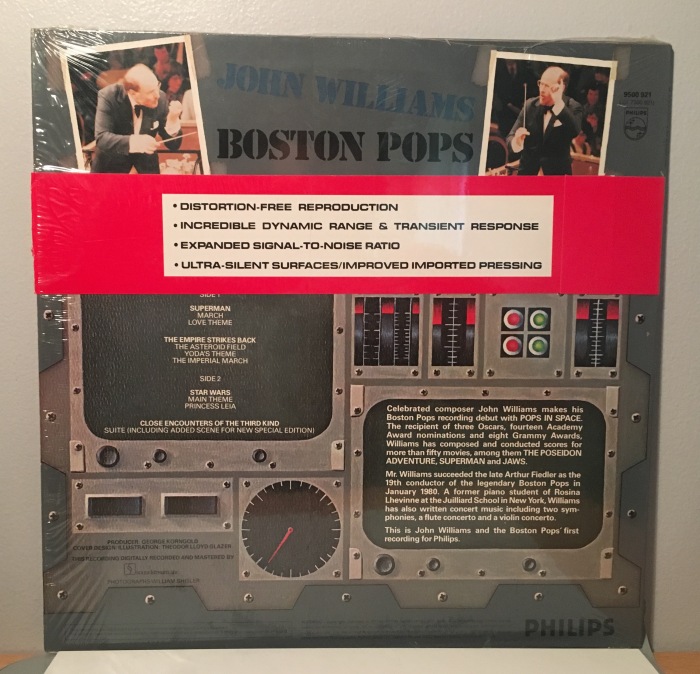 John Williams cut his teeth as a composer for B-movies and TV series in the 1950s; his creative partnerships with Steven Spielberg and George Lucas in the 1970s, beginning with Jaws (1975), catapulted him into super-stardom. This compilation was released in 1980 to mark his taking over the Boston Pops, an American orchestra founded in 1885, after Arthur Fiedler’s near half-century-long tenure. It features compositions from four of Williams’ biggest late ’70s films: Superman (1978), The Empire Strikes Back (1980), Star Wars (1977), and Close Encounters of the Third Kind (1977), all of them played by the Pops.

As its prominent mention on the packaging suggests, digital recording was just making its way into popular music at this point. Classical and jazz musicians, who wanted to test and make use of the higher fidelity new technology, had been releasing digital recordings since 1976. At the same time, Philips, a label long associated with classical music, was teaming up with Sony to develop compact disc technology to fully take advantage of the new digital recording techniques, which began making a splash in the pop music world with the release of the quintuple Grammy-winning self-titled debut album from Christopher Cross (1979).

The front and back cover art of Pops In Space, featuring a spacecraft with a bubble dome under which Williams conducts the Pops, echoes the space-age album art of Kosh and Shusei Nagaoka (ELO’s Out of the Blue, 1977), Paula Scher and Roger Huyssen (Boston’s self-titled debut album, 1976), and the domed spaceship-bound ecosystems of Douglas Trumbull’s Silent Running (1972).