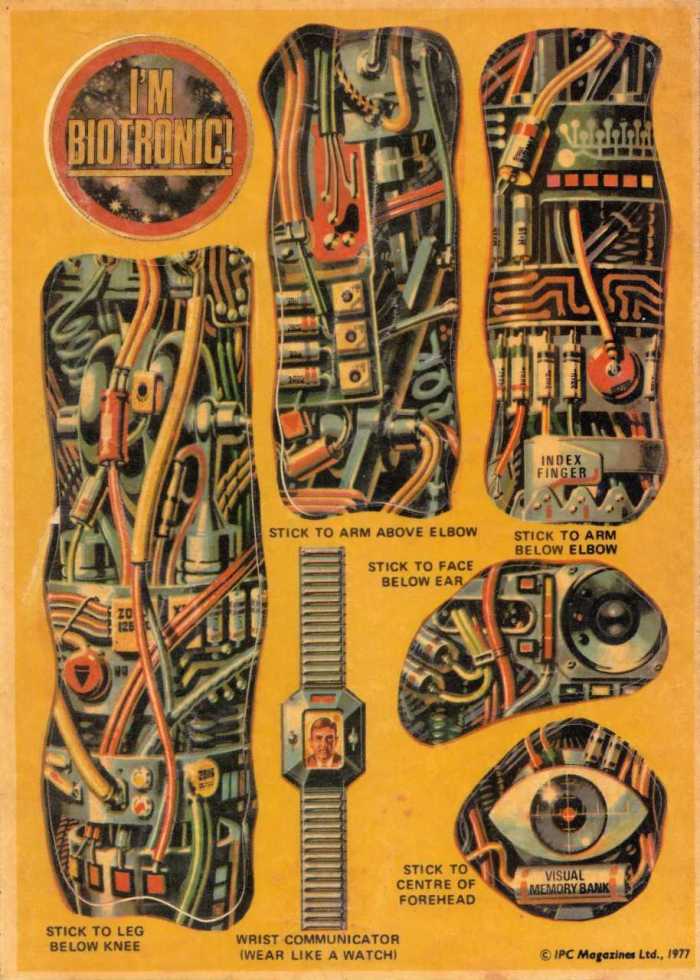 These colorful stickers, given away in the second issue of British science fiction comic 2000 AD, allowed children to visually emulate the appearance of a “biotronic”—that is, a combination of organic and synthetic materials—organism. They demonstrate how deeply ideas of transhumanism—such as those posited by Robert Ettinger’s Man into Superman (1972), FM-2030’s Up-Wingers: A Futurist Manifesto (1973), and the more approachable The Six Million Dollar Man TV series (for which “bionic tattoos and stickers” had been released in 1975)—had gone in penetrating Western culture. As the 20th century grew more precarious, humans often found comfort in the idea of incorporating “superior” technology into their all-too-fragile flesh and blood.