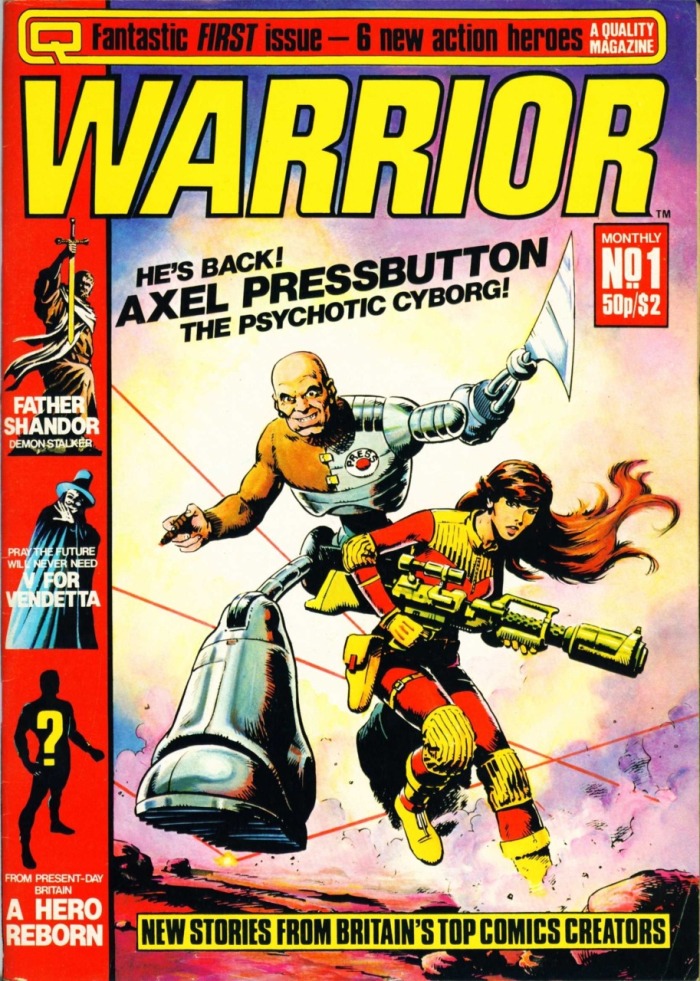 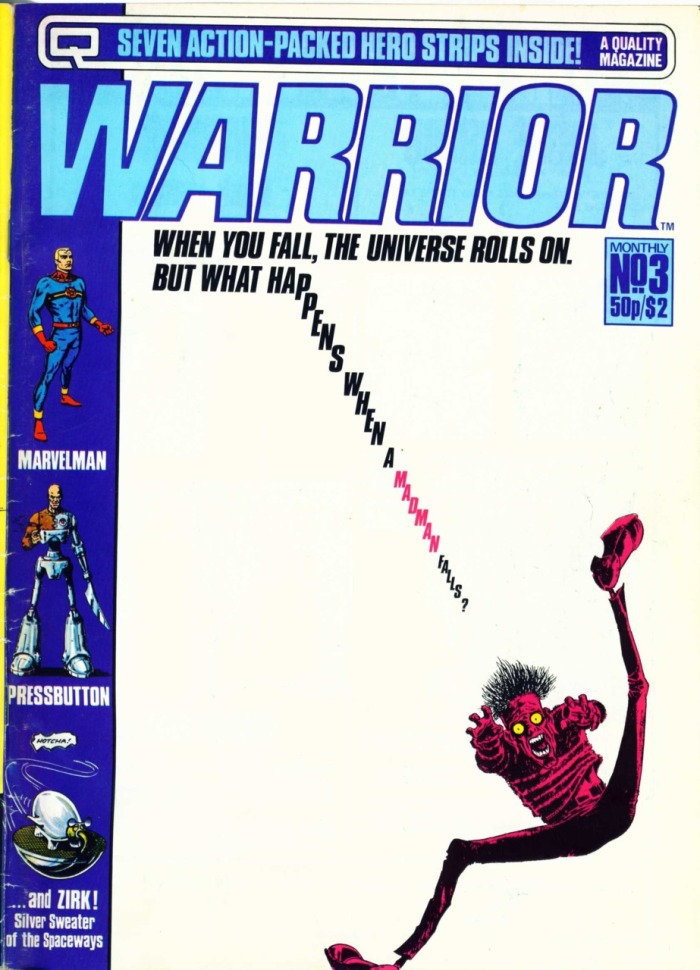 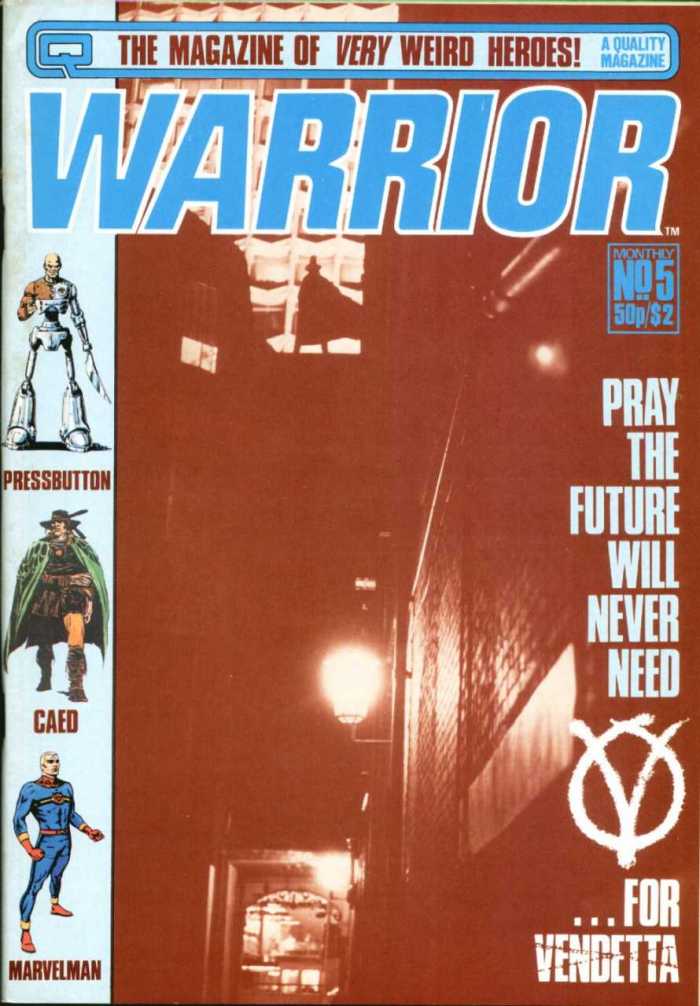 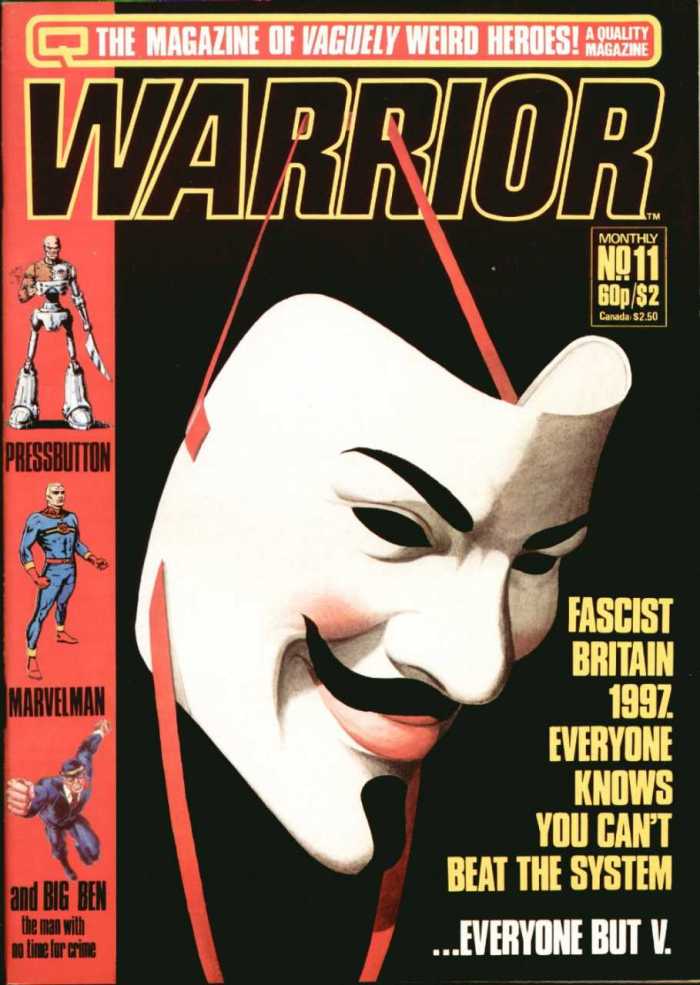 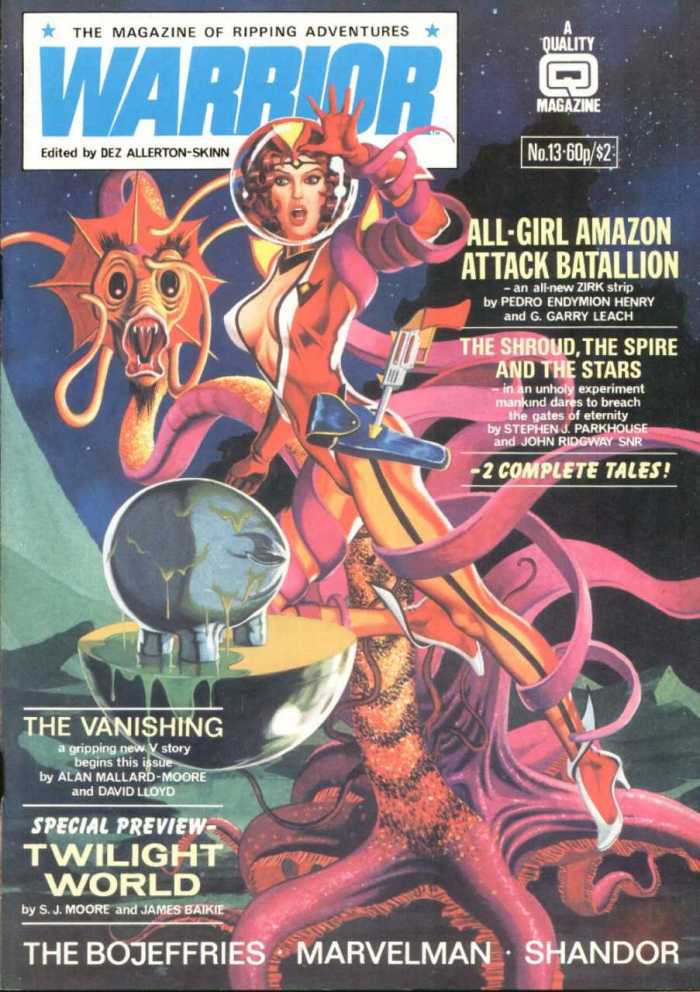 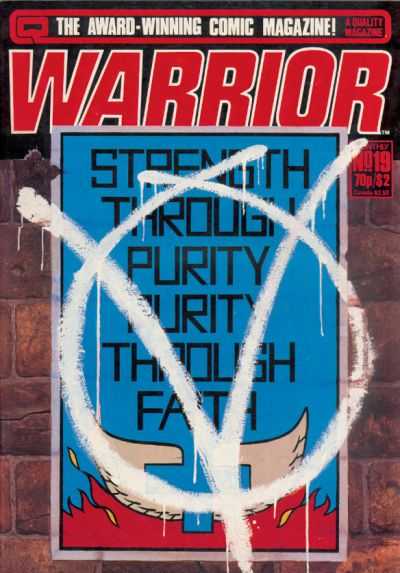 Edited by Yorkshireman Dez Skinn—the self-styled “British Stan Lee”—and published by his company Quality Communications, Warrior was a 26-issue British comic featuring work by both well-known and up-and-coming artists and writers. Skinn, an influential and sometimes controversial figure who was also proprietor of London’s Quality Comics, had worked his way up through the world of British youth-oriented periodicals, launching Doctor Who Weekly for Marvel as well as founding the science-fiction magazine Starburst. Warrior was notable for giving creators ownership of their work and a share of the profits, as well as adopting a more adult, literary approach to comics in line with developments in Europe—especially France’s Métal hurlant. Warrior’s best-known strip was V for Vendetta, a thriller set in a dystopian future Britain ruled by a fascist dictatorship whose protagonist was a mysterious anarchist revolutionary with a flair for the theatrical. Though written by Alan Moore, it was artist David Lloyd who came up with the memorable idea of having V dress as Guy Fawkes. The real Fawkes was part of a conspiracy that, on the 5th of November, 1605, attempted to assassinate James I by blowing up the House of Lords in protest at his repression of Catholics. The plot was foiled, more stringent anti-Catholic legislation was subsequently enacted, and the tradition of burning an effigy of Fawkes on the anniversary of his arrest was begun.