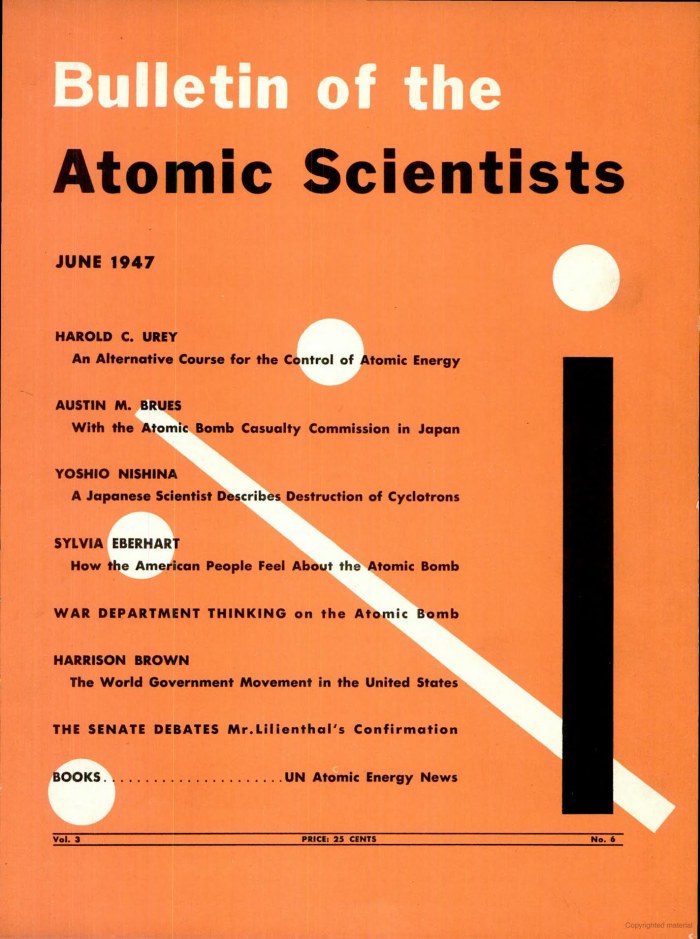 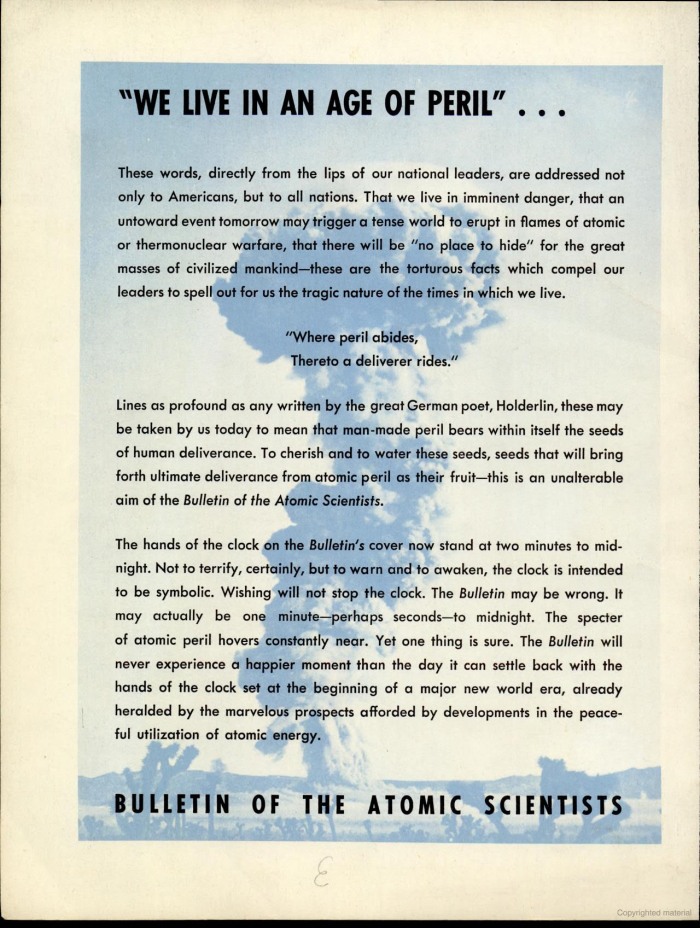 Bulletin of the Atomic Scientists, September 1953 back cover 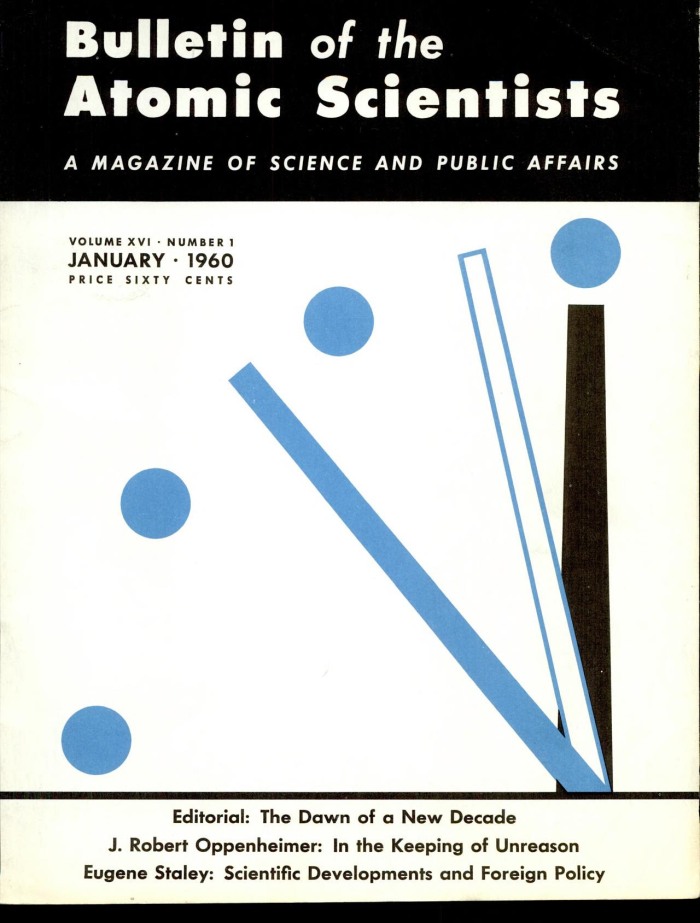 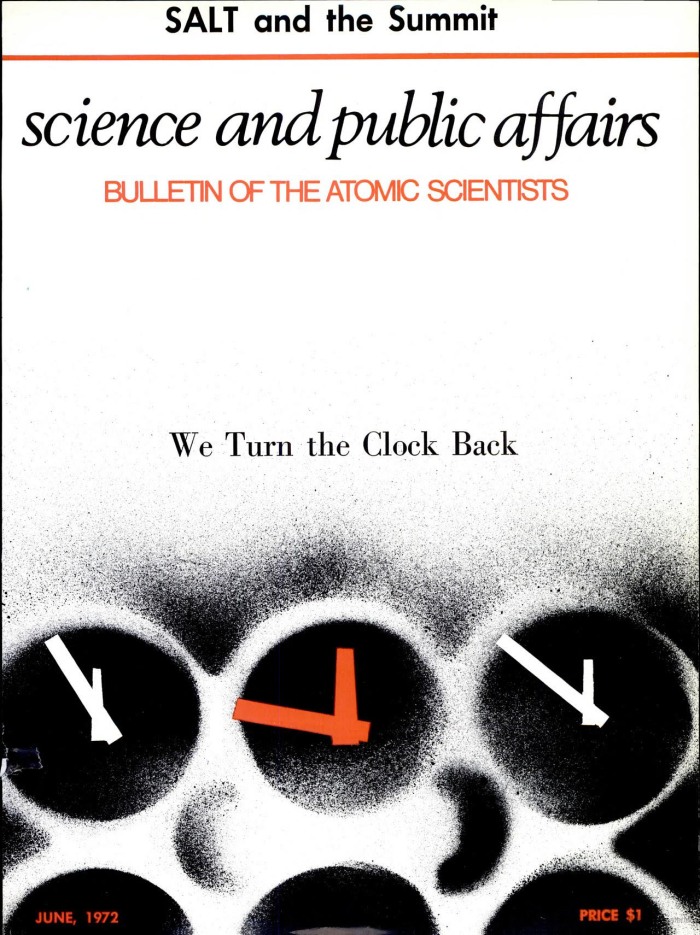 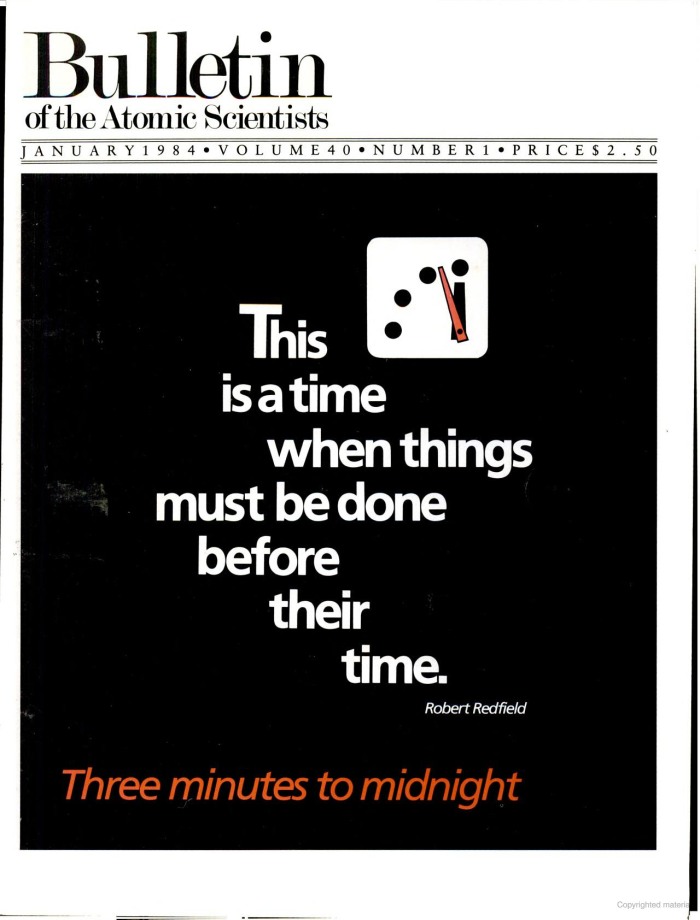 The Bulletin of the Atomic Scientists was instituted as a newsletter to circulate among the nuclear science community in the aftermath of World War II and the Manhattan Project as a service and a warning to the world about the weapons these scientists had created and unleashed. In 1947, in an effort to raise awareness of their activities with the non-technical general public, they released their first issue as a journal. On the cover was the now-familiar Doomsday Clock. Developed by artist and designer Martyl Langsdorf, wife of Manhattan Project scientist Alexander Langsdorf, the clock warns the world how close to nuclear annihilation humanity is, in terms of minutes before midnight (Armageddon).

Some of the events that have moved the hands of the Doomsday Clock over the years include the first H-bomb tests (1952), the beginning of cooperation between East and West in the aftermath of the International Geophysical Year in 1957-1958, and the signing of the Nuclear Test Ban Treaty (1963). Throughout the remainder of the Cold War, the clock oscillated between 12 minutes to midnight in 1963 and in 1972 (after the SALT I agreement), and 3 minutes to midnight in 1984 (at the height of Reagan’s arms race with the Soviets).

Today, Thursday, January 26, 2017, the Bulletin sent out its first update of the Doomsday Clock since 2015. The clock’s hands have moved to 2-and-a-half minutes to midnight, the closest we have been to Armageddon since 1953.