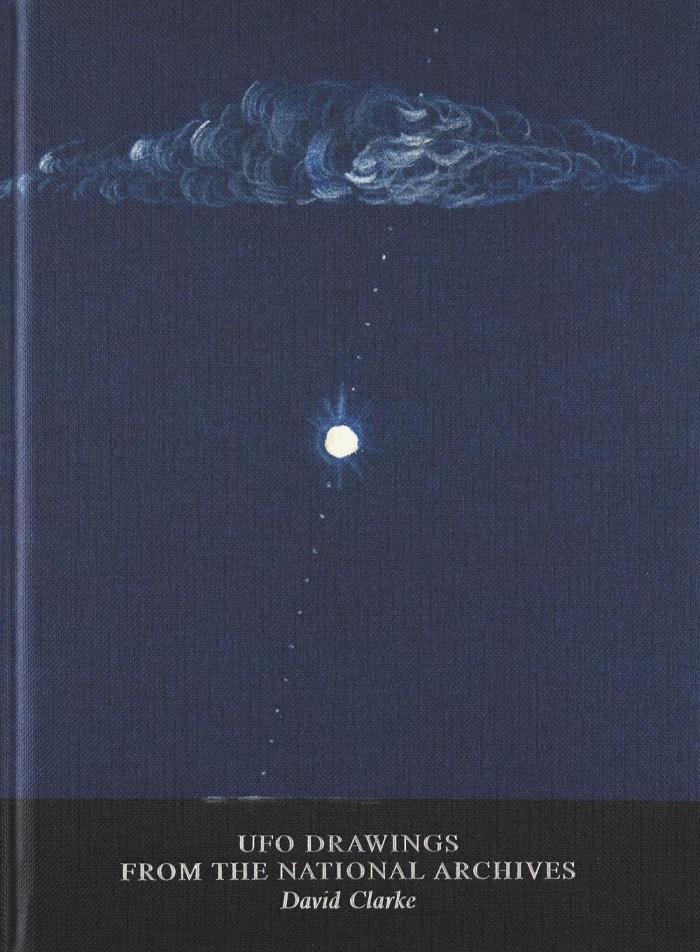 Drawing sent to MoD of a sighting in the West Midlands, 1954. Clarke notes this craft’s similarity to the standard 1950s George Adamski/contactee UFO 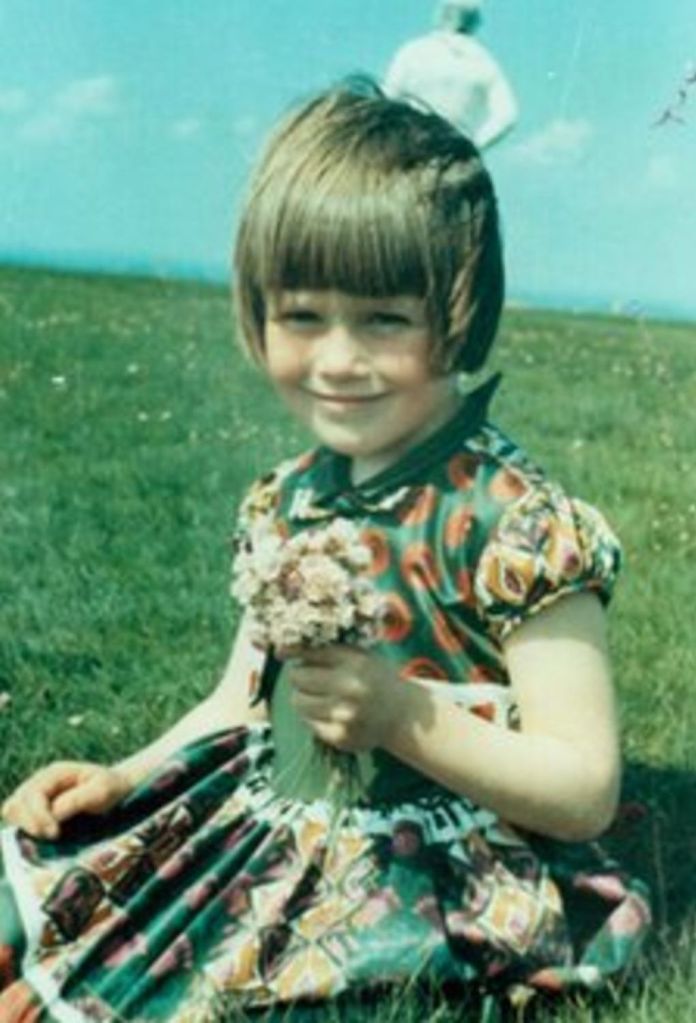 The famous “Solway Firth Spaceman” image, 1964. Jim Templeton took this photo of his daughter Elizabeth but did not see the “spaceman” figure while taking the photo

A rocket-style UFO sighted at Hampstead, London, 1972. Clarke asserts that the witnesses’ sighting may have been subconsciously echoing Thunderbird 3 from Gerry and Sylvia Anderson’s Thunderbirds (1964)

A letter sent to the MoD in 1983 after a crop circle flap. This inventor gave a schematic of the culprits’ “negative bouancy” (sic) aircraft The vision of the “Home World of the Procyons/Andromedons” submitted to the MoD, 2003

A recent spate of books have sought to analyze the visual culture of 20th-century ufology. 2016’s Flying Saucers Are Real!, which featured the archive of science fiction writer and amateur UFO material collector Jack Womack, offered richly-drawn, full-color images of UFO culture from every decade of the phenomenon. What Flying Saucers Are Real! did for American ufology, David Clarke’s UFO Drawings From The National Archives does for the United Kingdom.

Clarke’s book draws upon more than five decades of witness reports and associated material found in the Ministry of Defence’s UFO files in Britain’s National Archives. Clarke, a lecturer in journalism and scholar of oral culture and folklore, made it a personal mission to see these files released. His dogged insistence earned him a place at the table in 2008, when the Ministry sought to release the files to clear up “the maze of rumour and frequently ill-informed speculation” around the British government’s investigations into UFOs. Less than a decade after his involvement began, Clarke could take credit for both the National Archive’s new online UFO archive, and this attractive volume from Four Corners Books.

UFO Drawings From The National Archives is the second volume in Four Corners’ “Irregulars” series, which the publisher calls “a visual history of modern British culture.” (The first volume in the series, a survey of the visual culture of 1970s British citizen-band radio users, may also be of some interest to our readership.) The uncanny power of UFO Drawings isn’t found in detailed Defence Ministry dossiers of UFO sightings or other official government accounts. It’s found in the fact that many of the images that Clarke has chosen to feature are drawings and other artistic impressions that were hand-made by UFO witnesses. As Clarke says in his introduction:

“Viewed from a purely aesthetic viewpoint, sketches of UFOs made by schoolchildren or policemen might appear naive or worthless. But as visual evidence of unusual sightings that are deeply meaningful and significant to those individuals who see UFOs, they are uniquely valuable historical documents in their own right, and shed light on how the events and popular culture of the age imprinted on people’s imaginations.”

What Clarke has accomplished in assembling this book is extraordinary: he’s liberated these visual accounts, objects of great value to folklorists, and recontextualized them. UFO Drawings offers a kaleidoscope of images of the UFO fear that was rampant in the second half of the 20th century. The book reads less like a gallery guide or an encyclopedia than an idiosyncratic scrapbook, where sober explicatory text is interspersed with weird outsider art: watercolors, pencil sketches, blurry photos, schematics from engineers and UFO magazines. The act of opening and leafing through this book is a pleasingly ecumenical act of bricolage; it’s a ufological mixtape, a tapestry made by choosing not to privilege official expert accounts over those of non-experts.

It’s not just a dichotomy of “government expert vs. civilian witness” that Clarke uses as implicit contrast. He also chooses to juxtapose the visual accounts of accidental eyewitnesses with purposeful “remote viewers,” who made sketches of the spacecraft and alien worlds thanks to clairvoyance. (Clarke very gently refers to these witnesses as “the MoD’s persistent correspondents.”) In the book, true believers—astrologers, telepathic receivers, channelers of images from “the Home World of the Procyons/Andromedons” (sic)—sit alongside more sober, accidental witnesses: engineers, retired RAF pilots, and schoolchildren.

Is this ability to gently accommodate the wild claims of the eccentric due to something inherent in the British national character? The similarities between UFO sightings and the longstanding British phenomenon of fairy encounters have been powerfully attested to in ufology since at least Jacques Vallée’s Passport to Magonia (1969). Looking at an episode like the schoolchildren who sighted the Wollaton Gnomes in 1979, it’s easy to see the similarities between the kinds of mysterious encounters detailed in UFO Drawings and those that have been attested in the UK for centuries. The knowledge that, when walking alone in the eerie wilds, some entity might show itself to you, leaving you the only witness to an inexplicable happening, is deeply ingrained in British folk tradition. And the idea that calmly-narrated oral and visual evidence of the modern successors to the fairy encounter myth would inhabit file cabinet after file cabinet in the archives of the Ministry of Defence is a wonderfully parochial British phenomenon.

2 thoughts on “‘UFO Drawings From The National Archives’ by David Clarke, 2017”