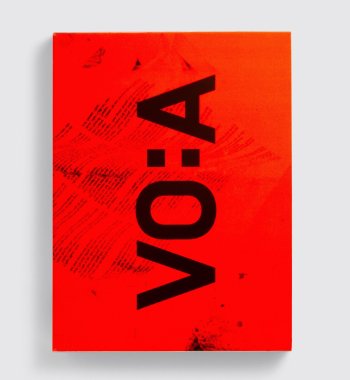 Back in high school in the early ’90s, I often found myself haunting the aisles of the big record shops in Harvard Square in Cambridge—HMV, Tower Records, and most importantly Newbury Comics—for any and all available rare import CDs from my favorite local bands: Pixies, Throwing Muses, the Breeders, as well as other favorites from this period such as Lush, Cocteau Twins, and Dead Can Dance. All of their discographies offered a wealth of EPs, singles, and LPs, discs I sought out with single-minded fervor. They were compulsively collectible, and one of the main reasons why was their utterly unique cover and interior art. These jewelboxes lived up to their name; as someone who came of age after the golden age of vinyl, even these relatively tiny CD cases were still some of the most transgressive and uncanny art and graphic design allowed to enter my otherwise-bland early-’90s visual landscape. Leafing through the weird, antique-looking tableaux interspersed with the lyrics of the Pixies’ Doolittle (1989), the eerie blackness shot through with bold surprising stripes of amorphous color on Lush’s Spooky (1992), the unnervingly monstrous figure surrounded by sickly-sweet auras of yellow and pink on the cover of the Breeders’ Pod (1990): somehow all these covers looked like the music on the discs sounded. And yet all these vastly different works were the product of one man: record label 4AD’s house designer, Vaughan Oliver. 2018’s Kickstarter-funded artistic retrospective Vaughan Oliver: Archive is a deep dive into the work of one of the most identifiable graphic artists of the past forty years, his varied influences, and the artistic and musical scene that helped him reach a worldwide audience.

As we discussed in our feature on This Mortal Coil’s It’ll End In Tears, Oliver’s fecund artistic imagination was the wellspring from which 4AD’s trademark visual aesthetic sprang. It’s fair to say, as co-editor and interviewer Adrian Shaughnessy argues, that Oliver’s presence and influence at 4AD was just as important as founder Ivo Watts-Russell’s. Within Vaughan Oliver: Archive, Oliver speaks with Shaughnessy about the Oliver archive, now housed at the University for the Creative Arts at Epsom, a fitting location for an artist and designer who, as Shaughnessy notes, has taken his role as collaborator and instructor just as seriously throughout his career.

The two-volume Archive is split into a full-color volume featuring many of the record sleeves, posters, and other classic 4AD iconography that we fans could pick out of a lineup in our sleep, and a slimmer, black-and-white volume containing “Remnants and Desires,” half-finished fragments of work done using the photo-mechanical transfer machine, a mainstay of graphic designers, typesetters, and commercial artists in the decade or two before the advent of desktop publishing on the personal computer. The work in Volume 2 is necessarily stark, fragmented, half-formed, as it consists of many “first drafts” for designs, some of which never reached the completed stage. Out of context, these black-and-white layers of type, photos, and collage seem, in spots, to speak of a completely different artist and indeed a parallel universe of monochrome designs made for indecipherable projects. Taken as a whole, Volume 2 of the Archive is honestly a bit spooky. 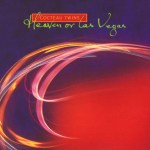 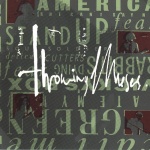 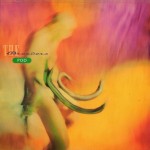 Obviously, Volume 1, “Materials and Fragments,” is the big draw here. Shaughnessy’s introduction, as mentioned previously, is a fantastic review of both Oliver’s career with 4AD and, after Oliver’s separation from the label in the late ’90s, with the Simon Raymonde/Robin Guthrie-founded Bella Union Records. Shaughnessy and co-editor Tony Brook split Oliver’s career not into chronology or the bands that Oliver worked with, but by overall artistic themes. Each chapter of full-color plates is accompanied by a complementary interview between Shaughnessy and Oliver. The Archive kicks off with a chapter on the random objects Oliver preserved in his archive as examples of where he found inspiration, and they’re a delightful mix of random artifacts: a mailing envelope from Kristin Hersh of Throwing Muses covered in dozens of 22-cent stamps, photo booth snaps that were part of a college project, laundry tags, newspaper clippings, and ordinary midcentury paper packages. It’s a truly evocative way for Shaughnessy to get Oliver to open up about his process before getting into the more comprehensible themes, such as Oliver’s alternating uses of bright bold color (the chapter “Chromatic Fire,” which features artists like the Breeders, Frank Black, and Ultra Vivid Scene) and shadow (“Seeing in the Dark,” where we see dark album covers and posters with bold splashes of color from Colourbox and Lush).

Oliver’s eeriest work is saved for the chapters on his use of actual human and animal forms, where his classic sepia-toned Buñuel-meets-Lynch-meets-the-Quay-Brothers work for the Pixies’ Doolittle is featured, along with all order of plant and animal mutants and hybrids. In “The Anatomy of Melancholy,” a chapter named after the Renaissance codex of mental illness, Shaughnessy shows off projects like 4AD’s 1987 compilation Lonely Is An Eyesore, released on a number of formats including a limited-edition wooden box that contained Oliver’s original artwork. Throughout these surveys of Oliver’s work, Oliver and Shaughnessy return again and again both to his artistic influences and to his agnosticism when it comes to medium and to process. Oliver considers himself a photographer, photo-collagist, illustrator, and typographer as much as a graphic designer.

It’s not just Decadent legends like Aubrey Beardsley, Dadaism, abstract expressionists like Mark Rothko, or the post-punk avant-garde who were clear inspirations to Oliver, all of them duly namechecked in the Archive. As mentioned above, Oliver cites ordinary midcentury British consumer packaging and typography, such as the carbon paper packages or his dad’s television repair manuals from that initial “Fragments of Disappearance” chapter, both from the 1950s, as important in forming his design principles. They are connections to the world of his youth, Oliver says, and in many ways aren’t “slick or polished,” as they use a lot of idiosyncratic typography and dull, dun colors. As Shaughnessy remarks, view these packages now and you end up seeing “an Oliver-esque quality.” Oliver’s strong sense of commercial branding was influenced by these outdated and idiosyncratic designs; you can see it in his clever use of midcentury “corporate” logos for many of the bands featured. The Pixies’ “flying P” initial, for example, tends to fade into the background of the band’s post-Doolittle albums and singles, but it’s immediately identifiable. Furthermore, Lush’s early lower-case-only Futura circular brand appears in barely-perceptible gray on the cover of Spooky, but is repeated dozens of times, cascading along the center of the cover, reminiscent of that unintentionally Warholian envelope that Oliver saved. If nothing else, Oliver’s Archive is a testament to the power of never throwing anything out, of being an assiduous archeologist of the detritus of one’s own youth.

One thought on “You Can Gouge Away: ‘Vaughan Oliver: Archive’ and the 4AD Aesthetic”