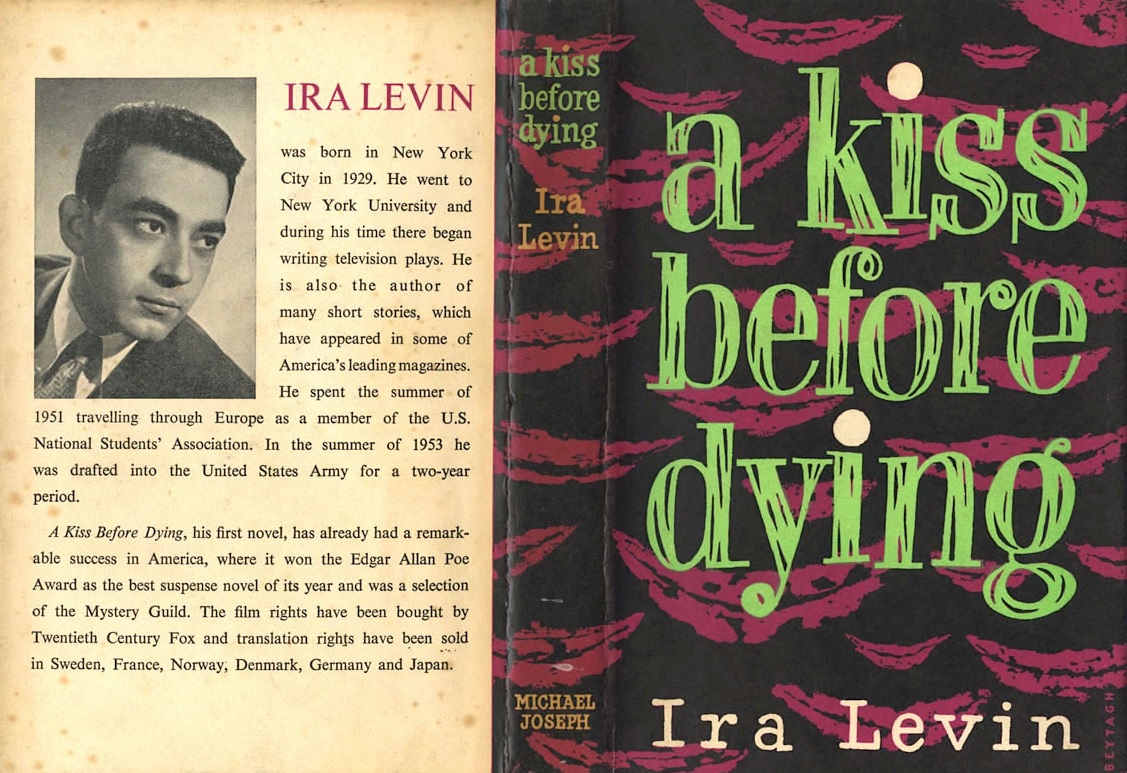 Tom Brokaw popularized the term “The Greatest Generation” in 1998 to describe the Americans—and especially the American men—who survived the Depression and fought against Nazism in World War II. Brokaw saw this cohort in valedictory, heroic terms.

They answered the call to help save the world from the two most powerful and ruthless military machines ever assembled, instruments of conquest in the hands of fascist maniacs.

They faced great odds and a late start, but they did not protest. At a time in their lives when their days and nights should have been filled with innocent adventure, love, and the lessons of the workaday world, they were fighting, often hand to hand, in the most primitive conditions possible…

In line with this hagiographic blueprint, discussions of World War II veterans are mostly nostalgic and congratulatory. They saved the world for us. Of course, we all know they weren’t perfect (insert obligatory nod here to Jim Crow and Japanese internment camps). But we nevertheless owe them a debt of gratitude for their service and their sacrifice.

But did people at the time see the Greatest Generation as the greatest? Ira Levin’s first novel, 1953’s A Kiss Before Dying, suggests the answer is “not so much.” Levin, who was born in 1929, just too late to participate in World War II himself, presents the men who fought against Hitler much as later writers would present the men who fought in Vietnam. Rather than saviors preserving the nation, the “greatest generation” for Levin is subversive, unstable, and a danger to order and social verities. That characterization of the young gives the book a queasy, disorienting relevance, as if Levin confusedly thought he was writing twenty years later—or forty. Or seventy.

The novel’s main character is Bud Corliss, the good-looking, working-class son of an unsuccessful father and an over-indulgent mother. Corliss is drafted, fights in the Pacific in World War II, and is honorably discharged in 1947. He goes to college, determined to make his fortune by marrying a wealthy woman, and starts dating Dorothy Kingship, the daughter of industrialist Leo Kingship. When she becomes pregnant, however, he realizes that her father will disown her for immorality. He kills her by pushing her from the roof of the municipal building where he has lured her, ostensibly to be married. He successfully makes her death look like a suicide, and there is no police investigation.

Corliss then sets his sights on Dorothy’s older sister Ellen. Using information he obtained about her from Dorothy, he woos her and becomes her fiancé also. She becomes suspicious of the cause of Dorothy’s death, however, and when her investigation threatens to expose him, he kills her too. He turns to the third Kingship daughter, Marion, and she falls in love with him too. However, Gordon Grant, a DJ who met Ellen while she was investigating Corliss, uncovers his plotting and warns Leo and Marion. They confront Corliss in Leo’s factory, where they semi-accidentally force him to fall into a vat of molten copper.

Corliss is a veteran, but he is not portrayed as a paragon. On the contrary, he’s lazy and vain, and these qualities are highlighted, or exacerbated, by the G.I. Bill. He drifts from acting school to Stoddard University, “which was supposed to be something of a country club for the children of the Midwestern wealthy,” his tuition guaranteed by the government.

The war, and social programs for veterans, allow the lower classes to mingle with their betters, resulting in boastful ambition and sociopathic violence. Corliss is evil in part because of his burning sense of entitlement beyond his station, an ambition nourished by the social dislocations of war and welfare. While he’s fighting abroad, his father conveniently dies in an auto accident, symbolizing the son’s emancipation from his past class status and the old hierarchies. Society and family alike are shattered and upended, freeing him to go down “the road to the success he was certain awaited him.”

The novel’s anxieties about Corliss’s class mobility are tangled up with concerns about gendered disorder. He pushes Dorothy to get an abortion (a plot point notably excised as too scandalous in the 1956 film adaptation), underlining the younger generation’s disdain for traditional family values. More, Bud himself is feminized—A Kiss Before Dying is a noir, and Corliss is cast in the seductive femme fatale role. He is fussy and meticulous about his appearance, and determined to advance through sexual wiles rather than hard work.

At Stoddard, as Bud starts dating Dorothy, he orders Kingship industrial pamphlets (“Technical Information on Kingship Copper”) and reads them with devoted intensity, “a musing smile on his lips, like a woman with a love letter.” When he romances Dorothy, and Ellen, and Marion in turn, he is really courting Leo Kingship, the patriarch. Leo’s daughters are merely convenient, interchangeable erotic pathways for Bud’s queer, singular passion. This is Eve Sedgwick’s “male homosocial desire,” in which men’s lust for other men and men’s lust for other men’s wealth and status are intertwined, displaced, and inseparable. Bud has one of his few honest, visceral emotional experiences towards the novel’s end, when he is being given a tour of the copper plant. He sees it as a “heart of American industry, drawing in bad blood, pumping out good! Standing so close to it, about to enter it, it was impossible not to share the surging of its power.” He is at once ravished and ravisher, entering into and filled with intoxicating patriarchal oomph.

Corliss also feels that pulse of eroticized dominance after each of his kills—and especially after his first murder, which takes place during the war. Corliss gets separated from his unit and stumbles upon a lone Japanese soldier, who tries to surrender to him. The enemy urinates in his pants in fear, and then Corliss shoots him, with a sensual deliberation.

Quite slowly, he squeezed the trigger. He did not move with the recoil. Insensate to the kick of the butt in his shoulder, he watched attentively as a black-red hole blossomed and swelled in the chest of the Jap. The little man slid clawing to the jungle floor. Bird screams were like a handful of colored cards thrown into the air.

After looking at the slain enemy for a minute or so, he turned and walked away. His step was as easy and certain as when he had crossed the stage of the auditorium after accepting his diploma.

The phallic gun, the yonic wound, and the orgasmic cries of the birds give way to a post-coital satisfaction more thorough than any pleasure Bud experiences in the arms of the Kingship daughters.

War awakens something in Corliss; he learns the pleasure of violence, which he carries back with him to unsuspecting and vulnerable civilians in the US. The dynamic is similar to David Morrell’s 1972 novel First Blood, in which veteran John Rambo unleashes a one-man Vietnam war on a sleepy American town. Rambo’s violence is notably racialized. Part of what happened to him in Vietnam is that he became infected with Southeast Asian methods and Southeast Asian anti-Americanism; fighting the non-white enemy turned him into the non-white enemy. Corliss, too, becomes what he fought. In the moment before he is forced into the copper vat, he soils his pants, and he remembers the soldier he killed.

The front of his pants was dark with a spreading stain that ran in a series of island blotches down his right trouser leg. Oh God! The Jap…the Jap he had killed—that wretched, trembling, chattering, pants-wetting caricature of a man—was that him? Was that himself?

Levin, then, presents Corliss as an amalgamated threat, vaguely associated with a range of disparaged identities—young, working class, feminized, queer, non-white, non-American, veteran. This agglomeration of marginalized threats must be squashed by a perhaps overly strict but still essentially legitimate white, patriarchal order.

This familiar conflict is usually seen in pop culture through a generational lens. Levin’s portrayal of Bud foreshadows invidious stereotypes of lazy, feminized, racialized hippies and lazy, feminized, racialized millennials. But if even the youth of the Greatest Generation were smeared in this way, maybe the problem is not the kids themselves, but the conventional, persistently invidious stereotypes of rebellious youth. Every generation, even the greatest, is viewed as a potential betrayer, ready to overthrow the white male capitalist order. And so every generation, even the greatest, must be dumped into that copper vat, melted into the same mold, its old form erased and forgotten so the next generation’s demands can again be portrayed as novel, without history or legitimacy. The greatest generation is always the last generation. The young are supposed to kiss them before dying.

Noah Berlatsky is the author of Wonder Woman: Bondage and Feminism in the Marston/Peter Comics.

One thought on “Millennials Are the Greatest Generation: Ira Levin’s ‘A Kiss Before Dying’”