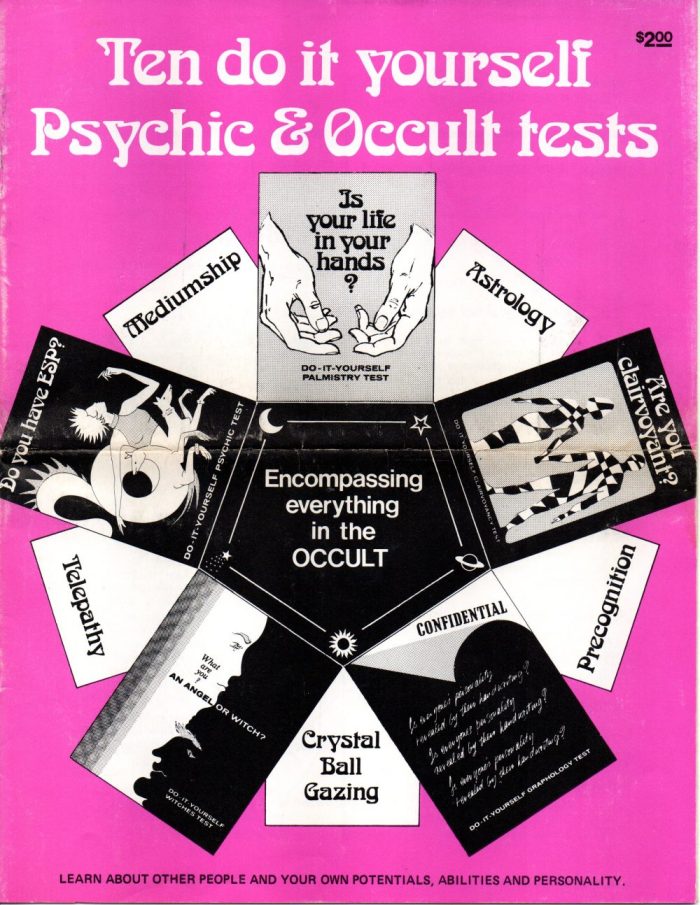 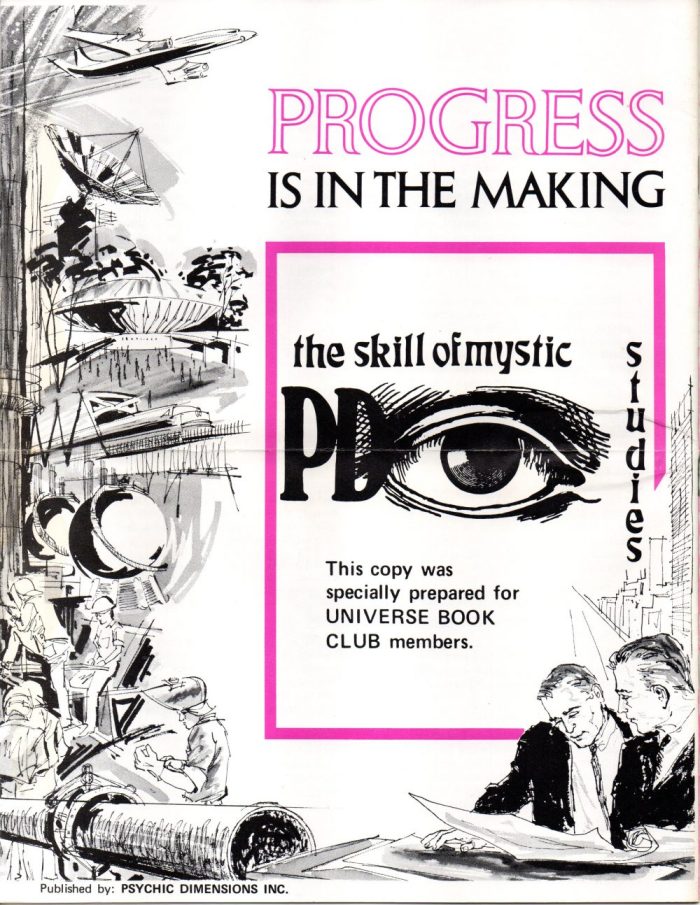 Occultima, Ltd. produced at least three occult-themed “test” booklets in the early 1970s. This one encompasses palmistry, witchcraft, astrology, crystal ball gazing, graphology (handwriting analysis), mediumship, clairvoyancy, ESP, precognition, and telepathy, with a series of questions in each section meant to gauge your potential in each “mystic skill.” The questions, as you might imagine, are not very rigorous or objective. For instance, if you answered “Yes” to number 8 under the “Mediumship” section—“Are your dreams so vivid that sometimes you actually believe they were not dreams at all?”—the answer “key” in the back of the booklet determines that “You have perhaps astral projected or been taken to another plane. A medium is constantly ‘on the go’ so to speak, as her communication with different spirits takes her into different levels and dimensions.” Other questions include “Do you sometimes plan events around the phases of the moon?” (witchcraft) and “Are there a lot of grilles on your mount of Venus?” (palmistry).

The Universe Book Club for which the booklet claims to be “specially prepared” was an actual imprint for Doubleday, one of the largest U.S. publishers at the time. A number of mainstream publishers, mostly specializing in pulp fiction, carried occult imprints, including Ace, Avon, Award, Dover, Paperback Library, Popular Library, Sphere, and Leisure. On the back cover of Ten Do It Yourself Psychic & Occult Tests, we find a vision of “progress” that begins with the rapidly modernizing technology of the moment—satellites, commercial jets, high-speed trains—and ends with the “third eye,” a Hindu concept said to enable metaphysical sight. Though occultists at the time generally came to their respective mystical brews as a reaction against the scientific worldview (as the questions above prove), the belief that the supernatural was simply what lay “hidden” in physical nature was also en vogue. As Douglas Hunt wrote in Exploring the Occult (1964):

The occultist is, in fact, a scientist who, when faced by a new and inexplicable fact which seems to upset scientific conventions, does not calmly say: ‘There ain’t no such animal,’ but sets to work to find out what is the natural law behind it.