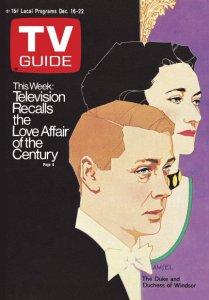 John Travolta as Vinny Barbarino from Welcome Back Kotter, 1978 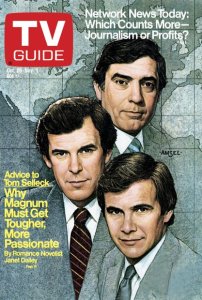 Richard Amsel (1947-1985) was an American artist and illustrator whose professional career spanned only 16 years, from 1969 to 1985. But in that short time, he created some of the most iconic promotional images of the time in music, movies, and television. From the original theatrical posters for Hello, Dolly! (1969, his first professional assignment, the winner of a contest he entered while still in college; allegedly the flower patterns in Barbra Streisand’s hat were produced by using a Spirograph!), The Sting (1973), and Raiders of the Lost Ark (1981), to his longtime association with Bette Midler (her Divine Miss M album cover from 1972 and subsequent concert posters), Amsel’s works were quite often designed as intentional period homages for period pieces. Amsel’s personal style was especially suited for these sorts of evocations of the American past. Amsel’s Art Nouveau tendency echoes the resurgence the decorative style saw in the aftermath of the psychedelic revolution. Later in the ’70s, Amsel leaned towards realism in the vein of classic American illustrators like Norman Rockwell and J.C. Leyendecker. And just as both Rockwell and Leyendecker found their greatest popular success thanks to their famed covers for The Saturday Evening Post (founded in 1897), Amsel may have found his widest exposure through the television era’s arguable equivalent to the Post (in terms of sheer popularity, circulation, and cultural influence), TV Guide.

TV Guide was founded as a national publication in 1953, with a cover portrait of “Lucy’s $50,000,000 Baby,” Desi Arnaz Jr. TV Guide‘s genius was to marry a nationally-distributed weekly magazine about the new medium of television with local television listings. In the early days of television, local listings were carried in local newspapers and periodicals. Publisher Walter Annenberg purchased East Coast television listings syndicator The TeleVision Guide in 1953, brought it under his Triangle Publications group, and turned it into a national publication in the manner of his other big national periodical, The Daily Racing Form. TV Guide became the gold standard of American television listings and of journalistic coverage of television. Hundreds of local markets could find their local listings in the interior black-and-white section, which were bookended by full-color articles at the front and back of each week’s issue. TV Guide, while a ubiquitous supermarket checkout presence alongside populist fare like glossy celebrity magazines and tabloids, actually published thought-provoking articles and detailed interviews by famed authors, thinkers, and journalists.

Amsel’s tenure as TV Guide cover artist traces the peak of network television’s influence on the nation. The rise of cable television in the 1980s may have begun the networks’ slide away from predominance, but on Amsel’s covers, it’s the stars of NBC, ABC, and CBS who take center stage. Amsel’s cover portraits are perhaps not as dynamic or full of depth as some of his earlier motion picture poster work, but his consistent, homey style helped establish a house template for TV Guide covers in the ’70s and ’80s, and immortalized a wide range of the era’s most famous (and less-remembered) television stars and series. Amsel joined a group of prestigious artists who lent their talents to the front page of TV Guide, including Norman Rockwell himself, caricaturist Al Hirschfeld, fellow movie poster artist Bob Peak, and cartoonist Jack Davis.

Amsel’s death from complications from AIDS came at a time when America was losing some of its most prominent and most famed gay voices in the world of art, fashion, theater, and dance. It’s a cruel irony that one of Amsel’s final TV Guide portraits was of First Lady Nancy Reagan, whose husband would not make a public statement on AIDS until 1987, by which point over 20,000 Americans had died of the disease. Ronald and Nancy Reagan would see their Hollywood friend Rock Hudson die of AIDS in 1985, the same year as Amsel. While not even this event would change the Reagans’ silence on the disease, Hudson’s diagnosis and subsequent death was one of the first AIDS cases to be widely covered and reported by the mainstream media in the 1980s, and was one of the main drivers of increased visibility and fund-raising for the disease.