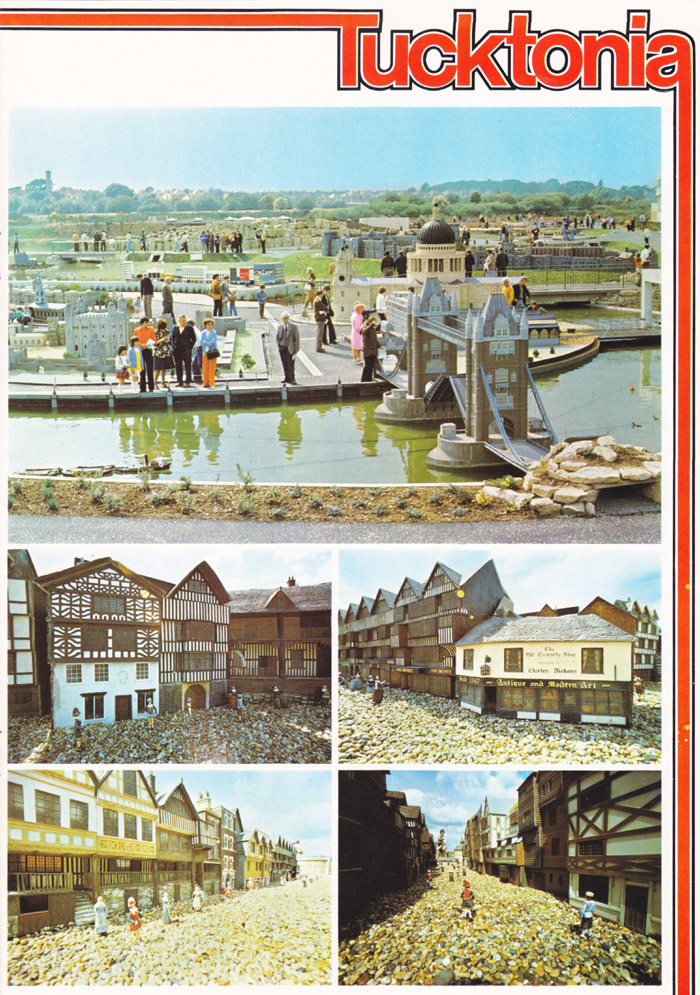 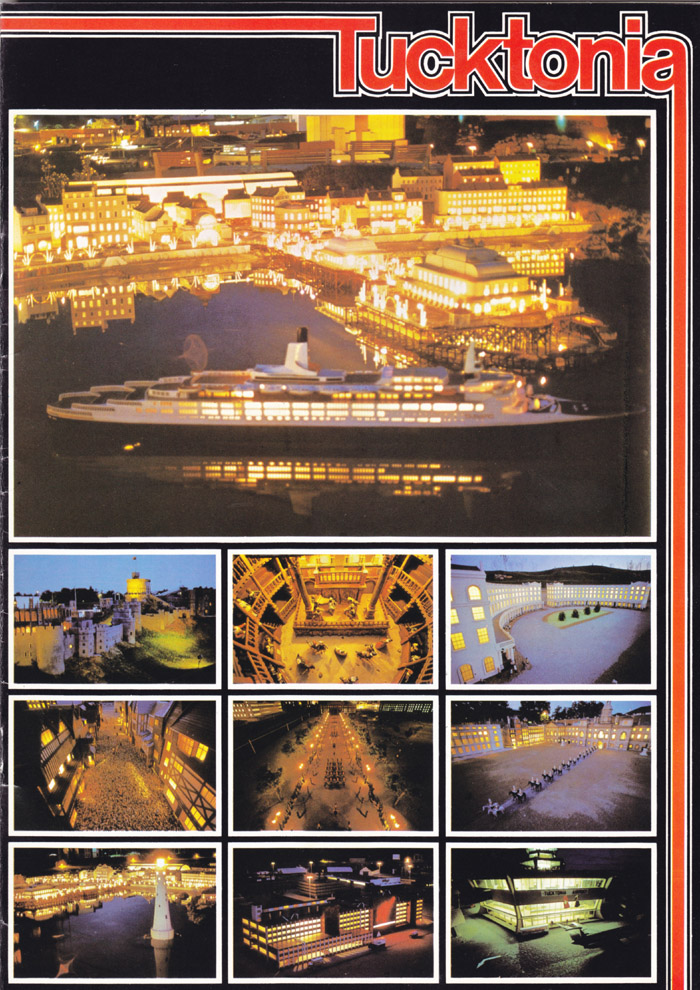 Collecting costly and obsessively detailed miniatures has long been a pastime of the wealthy, but the first known model village in Britain—and, if its claims are to be believed, in the world—was located in the verdant “stockbroker belt” populated by affluent upper-middle-class London commuters. Named Bekonscot and opened to the public in 1929, it began life appropriately enough not as a tourist attraction but as the plaything of wealthy London accountant Roland Callingham. After his model railway network became too unwieldy for his house, Callingham—with the help of several members of his household staff—began to construct a beautifully detailed miniature of an idealized England in his large back garden, where he organized parties and played host to the high society of the capital.

Over the following decades, miniature villages began springing up across Europe and the world, entertaining young guests with their novel inversion of scale but also perhaps answering a deep-seated need for a reassuring immersion in an unchanging, unthreateningly archaic environment following the traumas of the First and Second World Wars.

Although almost 90% of British households were carless in the early 1950s, the number of car-owning households reached nearly 50% by 1975.  The relative importance of British children in family affairs had grown over the same period—the result, perhaps, of a generation of parents whose upbringing in the period immediately following World War II had made them both more indulgent of their offspring and more indulgent of themselves—as did the nation’s demand for cost-effective day trips for the growing number of mobile families.

Tucktonia, a large model village in the town of Christchurch near the south coast of Britain, was the brainchild of Formula Three racing champion Harry Stiller. In 1961, Stiller bought the freehold to what was then the Tuckton Golf School, obtained a drinks license, and converted the course’s clubhouse into a successful pub called the Golfer’s Arms. A visit to Dutch miniature park Madurodam galvanized Stiller’s dreams of turning the land—which was near to a Butlins holiday resort packed with potential customers—into a profitable family visitor attraction, and work began.

Once the entire site had been raised by two feet in order to obtain planning permission and an alleged two million pounds had been spent on the models, Tucktonia was declared open in 1976 by comedian Arthur Askey, an Associated Press report claiming its owners were confident it would become the “the biggest magnet for tourists… after the tower of London.” Unlike Bekonscot’s depiction of an idyllic Britain of rural hamlets and inoffensive rustics—perhaps more a reflection of its proprietor’s privileged perspective than the country’s realities—Tucktonia took an aggressively contemporary approach, the cover of one of its brochures trumpeting that it was “Bringing the past into the future.” In addition to reproductions of heritage sites ranging from the prehistoric Stonehenge to a Cornish fishing village, this “monument to Britain” therefore also featured models of a modern high-street (where, as the brochure reminded potential visitors, “shoppers still go into shops where they are known, and receive the personal service that only comes from within a High Street community,” a claim still possible in the days before internet shopping and out-of-town shopping centres) with branded shops, a motorway service station, airport (complete with Concorde), oil refinery, and even that most modern of conveniences, a nuclear power station. Tucktonia also included a miniature London, containing a model of the Post Office Tower (with its then-famous revolving restaurant), the top section of which had to be airlifted into place by helicopter, allegedly due to lack of space.

To reinforce its brash, forward-looking approach to model villagery, Tucktonia also featured a range of knockabout rides—including bumper boats and mini motorbikes—of the type not countenanced by the more respectable model villages like Bekonscot, whose visit from a young Queen Elizabeth was testament to its well-mannered bourgeois credentials.

The park’s existence was bookended by appearances in genre cinema: in 1976, it appeared in British comedy Queen Kong, and in 1985 it was used to depict the destruction of London by aliens in Tobe Hooper’s Lifeforce. A year later, Tucktonia was closed, the land it stood on having been sold for retirement flats, and plans to relocate the attraction to another site never came to fruition.

2 thoughts on ““The Best of Britain in Miniature”: Tucktonia Model Village Brochure, Circa 1976”