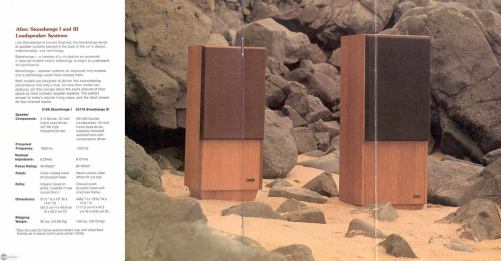 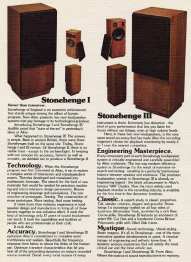 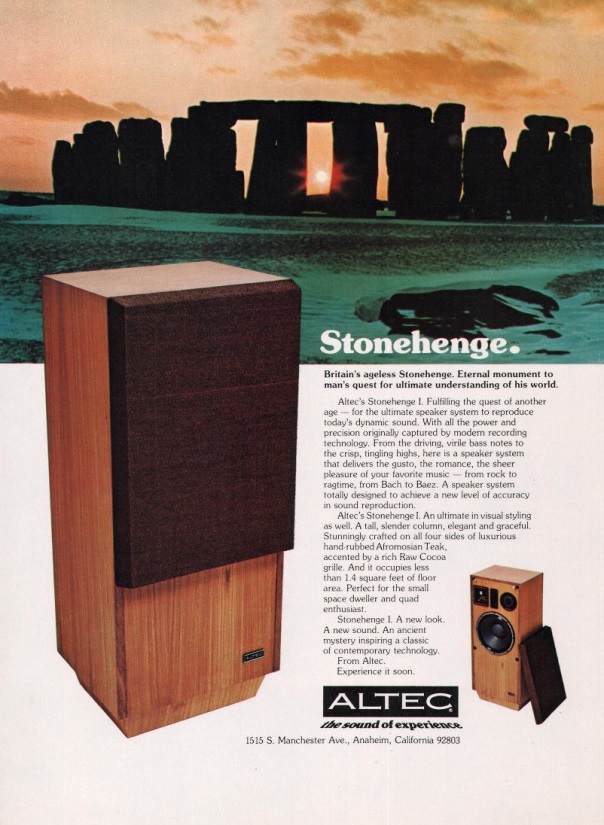 Along with Atlantis, the Bermuda Triangle, and several ancient monoliths attributed to alien astronauts in Erich von Däniken’s Chariots of the Gods? (1968), Stonehenge became a symbol of occult mystery in the 1970s, a subject of novels, films, albums, and even a music festival. Various manufacturers also appropriated the name to confer upon their products a mystique that transcended the commercial arena, as demonstrated by these speakers from Altec, a California company catering to a new breed of consumer following the consolidation of hi-fi—the audiophile. Billed as “a classic of contemporary technology” inspired by “an ancient mystery,” the three Stonehenge models (I, II, III) were of impressive size and allegedly capable of producing devastatingly loud volume, the original model housed in a cabinet made of “luxurious hand-rubbed Afromosian Teak.”

8 thoughts on “Stonehenge Stereo Speakers, Circa 1975”