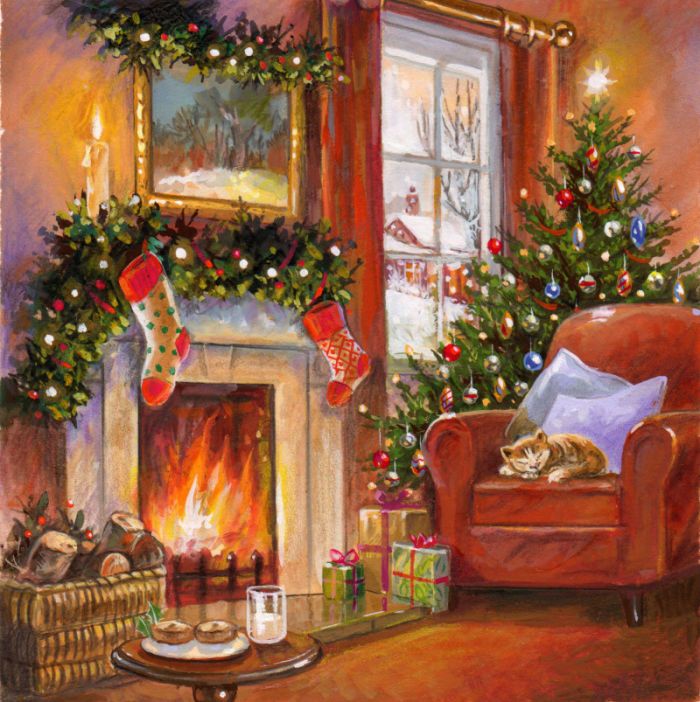 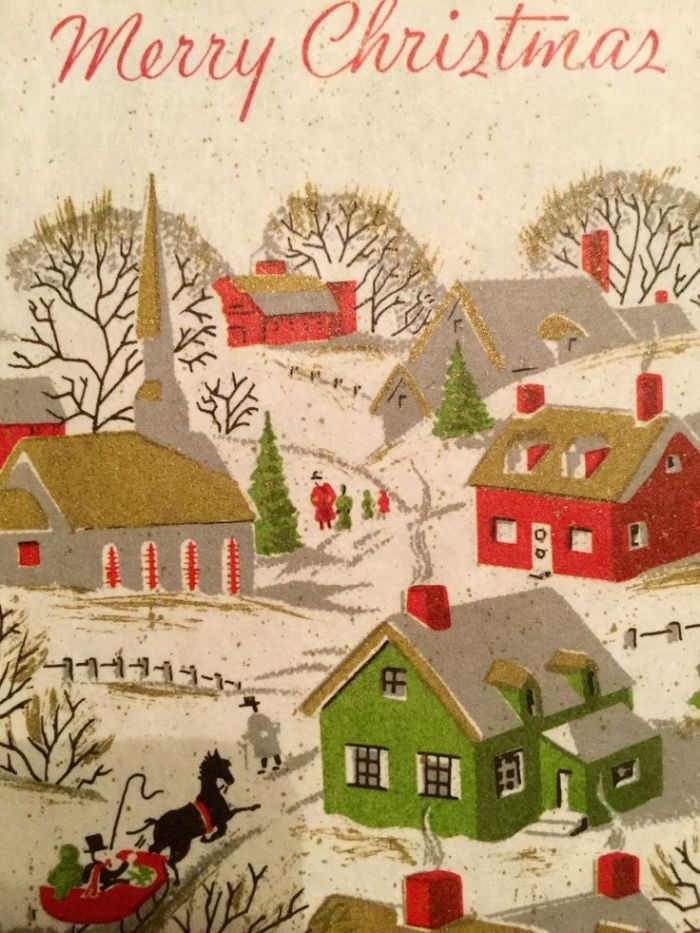 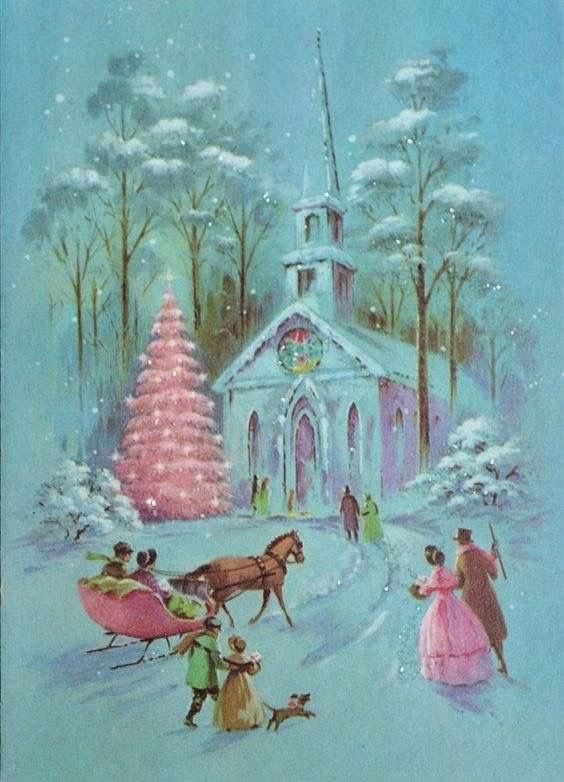 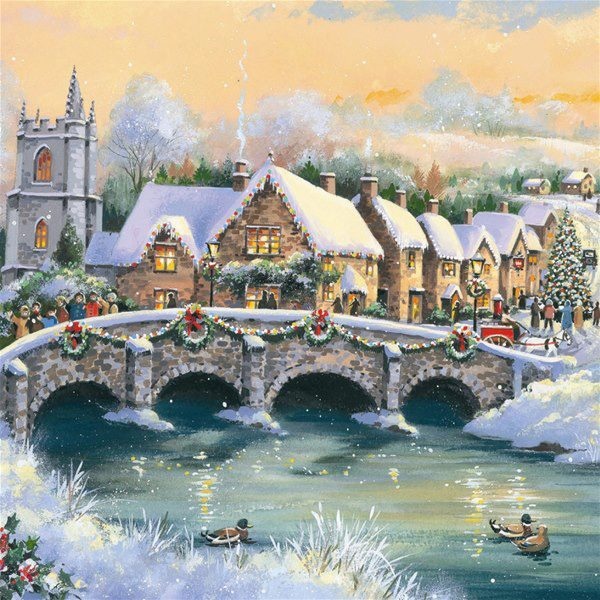 Christmas cards became ubiquitous in the post-war era, when millions of Americans sought a more secluded existence in the rapidly developing suburbs. As small towns—idealized by Frank Capra and Norman Rockwell, among others—started to be displaced by tract housing complexes and chain stores, embellished scenes of the vanishing and idyllic communities became a standard trope on greeting cards. Festive hearths and rustic Christmas villages—recalling seemingly simpler times—were an annual feature in my various Southern California homes, propped up on the mantle or fitted through the slits of the horizontal blinds. The towns almost invariably featured Victorian steeples, sleighs, happy children, and smoking chimneys, while the interior illustrations juxtaposed the warm and cozy living room—the family pet often curled up in front of the fire—with the snowy winter landscape visible through the frosted window.

This idea of a lost frontier, a lost innocence, was popularized in the 1970s by Little House on the Prairie (1974-1983), the story of a hard-working small-town family in late 19th-century Minnesota based on the Little House book series written by Laura Ingalls Wilder in the 1930s and 1940s. Much like Happy Days (1974-1984), a nostalgic refashioning of the 1950s (much like The Andy Griffith Show pined for the sleepy, small-town 1930s), Little House on the Prairie idealized the American frontier life of the 1870s and 1880s, just before the advent of railroads and rampant industrialization. Both shows are sentimental and operate within a simplistic moral universe, a clear reaction against the fog of Vietnam, Watergate, and the violent strife of the late 1960s.

I remember staring at these images as a kid, touched by their snowy (an alien concept on my coast) fantasy worlds, their unbroken communities, their insular warmth. What were wood paneling and earth tone decor but emulations of this vision, an attempt to insert the poeticized frontier into a modern life beset by gas rationing and urban bloodshed and political and corporate malfeasance? In the 1980s, as the colors changed to pastels and neon, as the middle class was swept away like so many dead leaves, Thomas Kinkade would complete the circle, churning out hundreds of gaudy paintings that deified rural abodes and rural living. They and countless copycats are still mass produced today—on Christmas cards, jigsaw puzzles, pillows, coasters, screensavers. It is a retrograde vision that has become, in so many ways, as dangerous as it is reassuring.