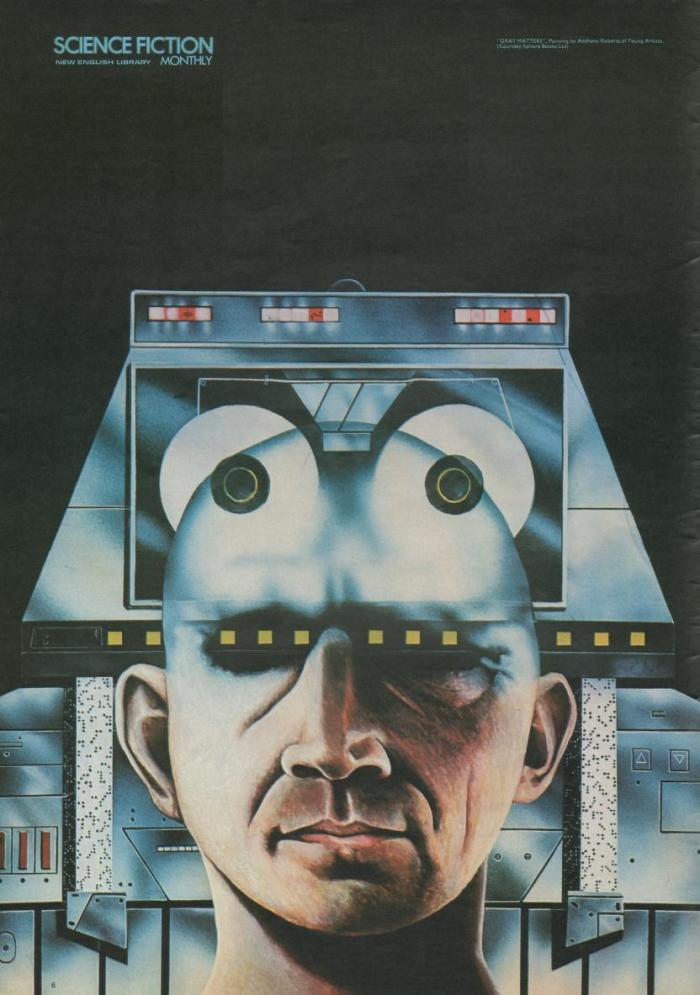 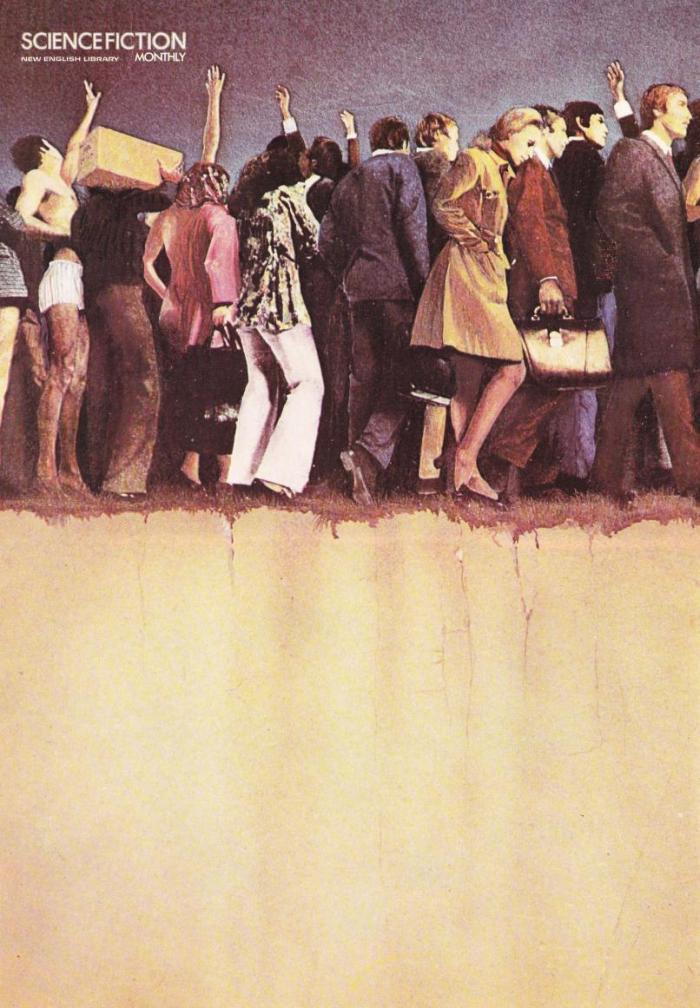 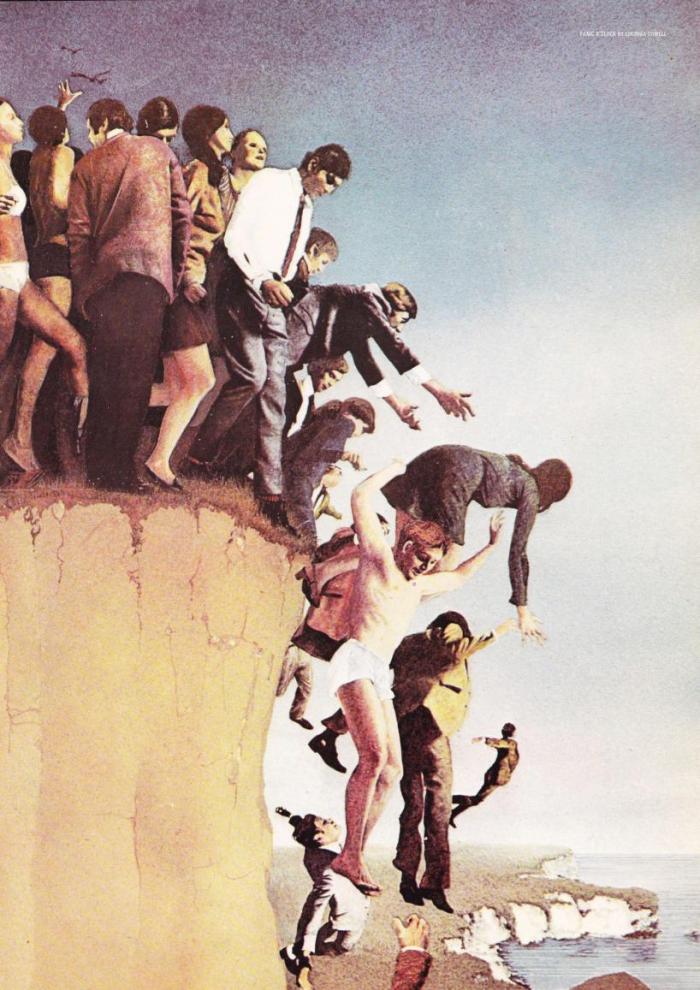 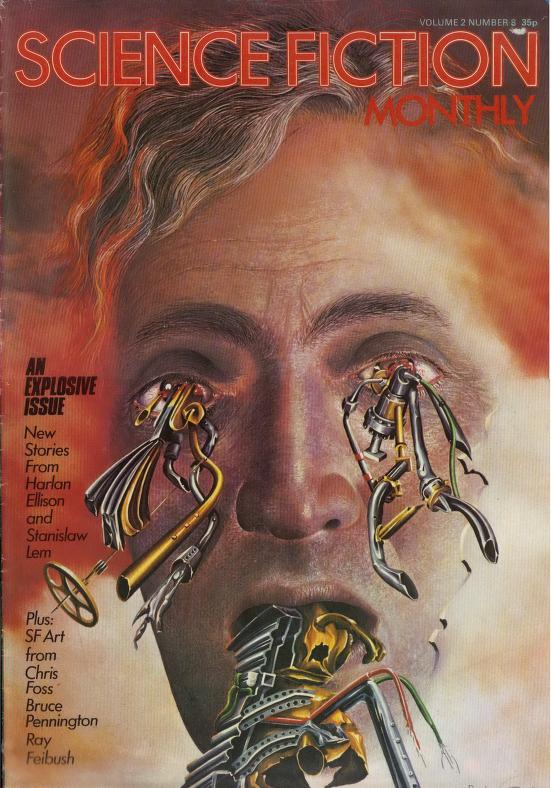 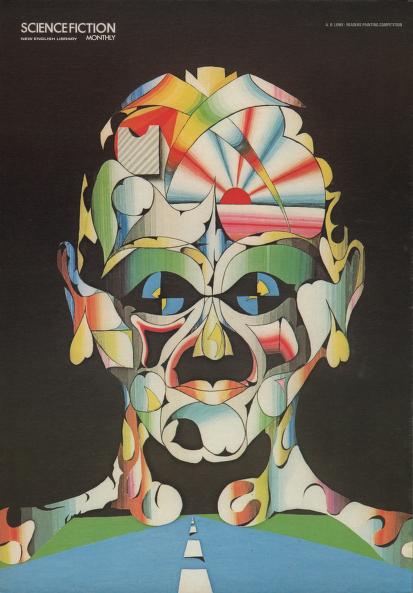 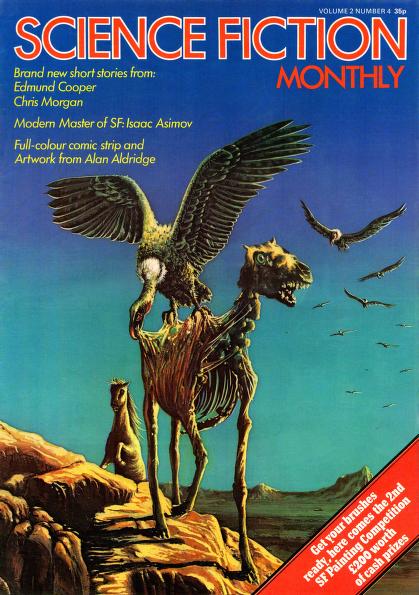 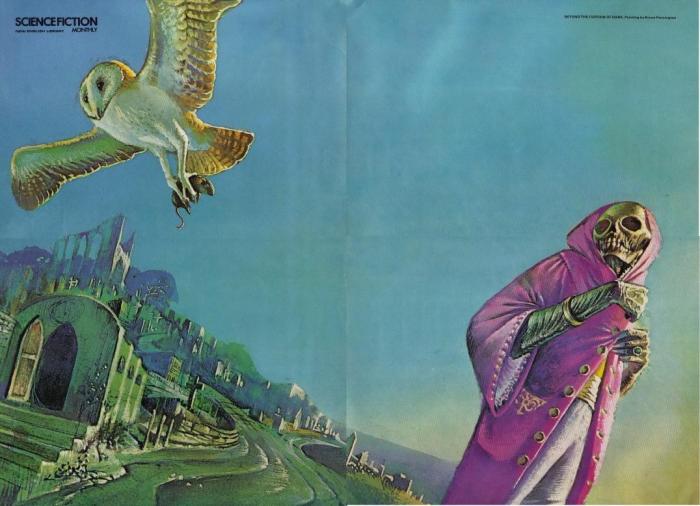 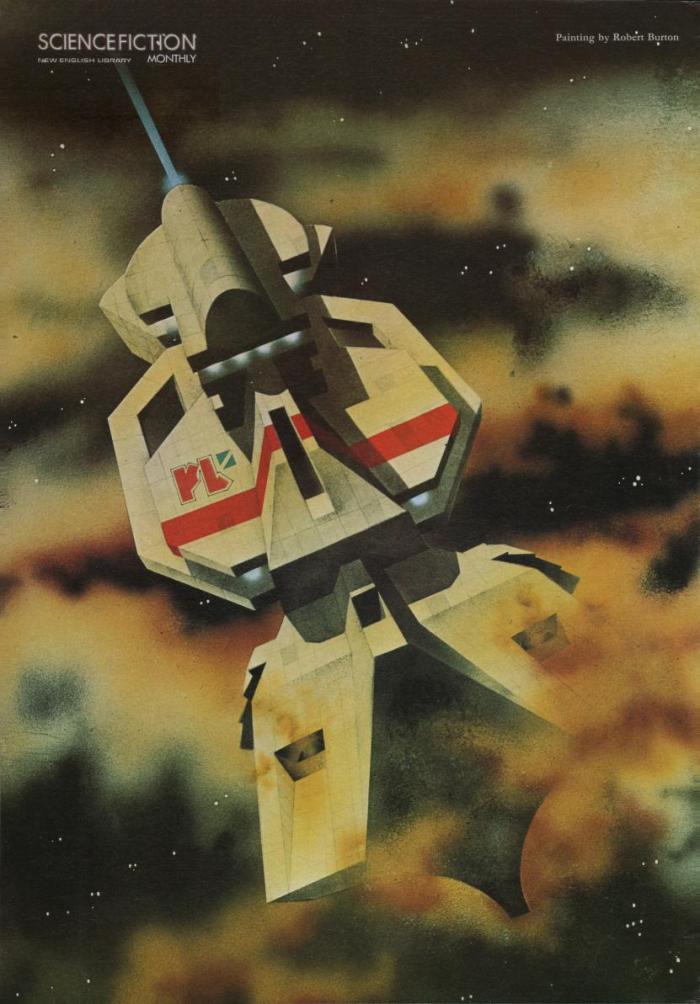 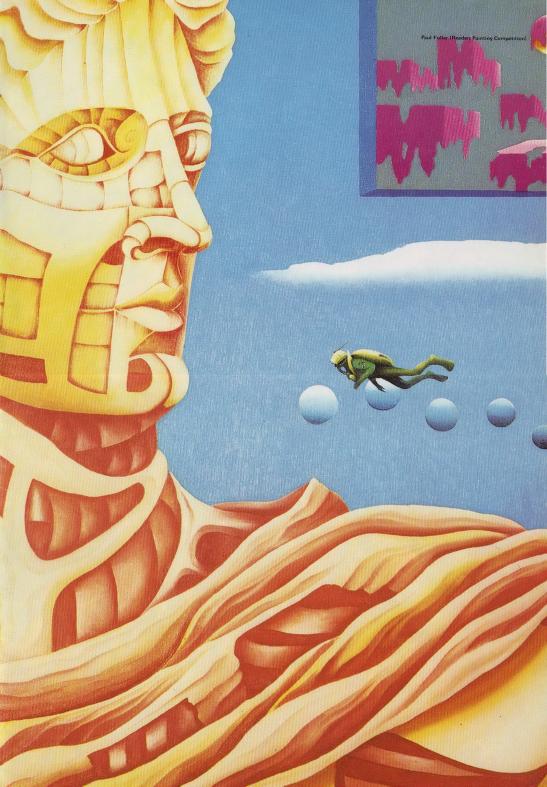 From a merger of its 1961 acquisitions—British publishers Ace Books Ltd. and Four Square Books Ltd—the American Times Mirror Company created the New English Library (NEL) as a sister company to the New American Library. While the latter retained some of the cultural prestige of its original owner, Penguin Books, the NEL was under no such constraints of perceived quality: the publisher was therefore free to specialize in paperback genre fiction, a field in which it proved hugely successful and influential.

With a cover price of 25 pence, Science Fiction Monthly first appeared in British newsagents in January 1974. A 28-page tabloid-size science fiction magazine—-the only one of its kind at the time—it contained fiction, features, interviews, and reviews, but sold principally on the strength of the poster-size reproductions of the excellent artwork NEL used on its book covers. The monthly’s aim, as stated in the introduction to the first issue, was to “produce a magazine that emphasises (sic) visual interpretation of science fiction.” A clever tactic for drawing juvenile readers into the NEL catalog, it was also an acknowledgement that the accumulating imagery of science fiction and fantasy was not simply a marginal by-product but a distinct expressive form in its own right: one where fine art, contemporary art, and surrealism fused with lurid sensationalism to create something that was often more potent than the fiction it was intended to advertise.

Featuring work by artists including Chris Foss, Ian Miller, David Pelham, Bruce Pennington, David A. Hardy, Tim White, Bob Fowke, and Roger Dean, it came unstapled so as to facilitate its use as decoration. Hearteningly—though surprisingly, given the era and the field—the two successive editorial directors of the magazine were both women, Patricia Hornsey and Julie Davis.

Despite an initially large circulation of over 100,000, numbers soon dropped as new competitors entered the market; the cover price doubled to 50 pence by 1976, and the magazine ceased production in May of that year. Relatively few copies remain intact, as the flimsy paper used for the magazine was ill-equipped to cope with long-term attachment to the walls of adolescent bedrooms. Several issues are available online at the Internet Archive.