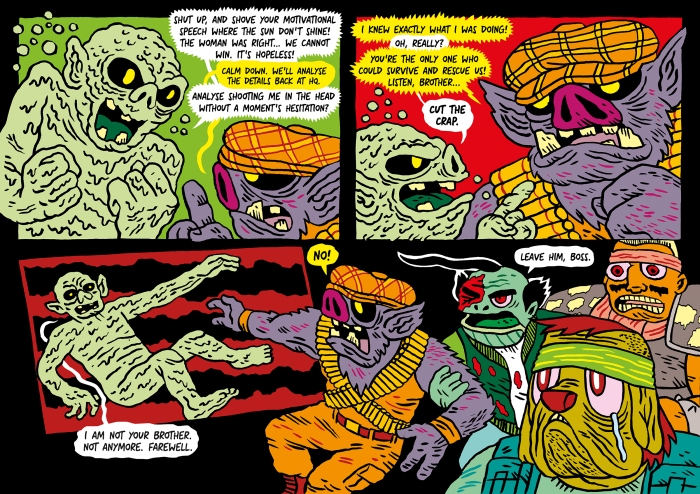 Łukasz Kowalczuk was born in northern Poland in 1983. At bedtime, his father would read him comic books, and mother didn’t mind. Łukasz dropped out of Fine Arts High School to avoid “studying with hippies.” His inspiration is ’80s and ’90s junk culture; his research is most often based on reading comics, watching B movies, and playing video games. His influences include Janusz Christa, Jack Kirby, Robert Crumb, and hundreds of others from every era and part of the world. With more than 20 titles published on his own and in cooperation with various publishers, he is one of the most active comics creators in Poland.