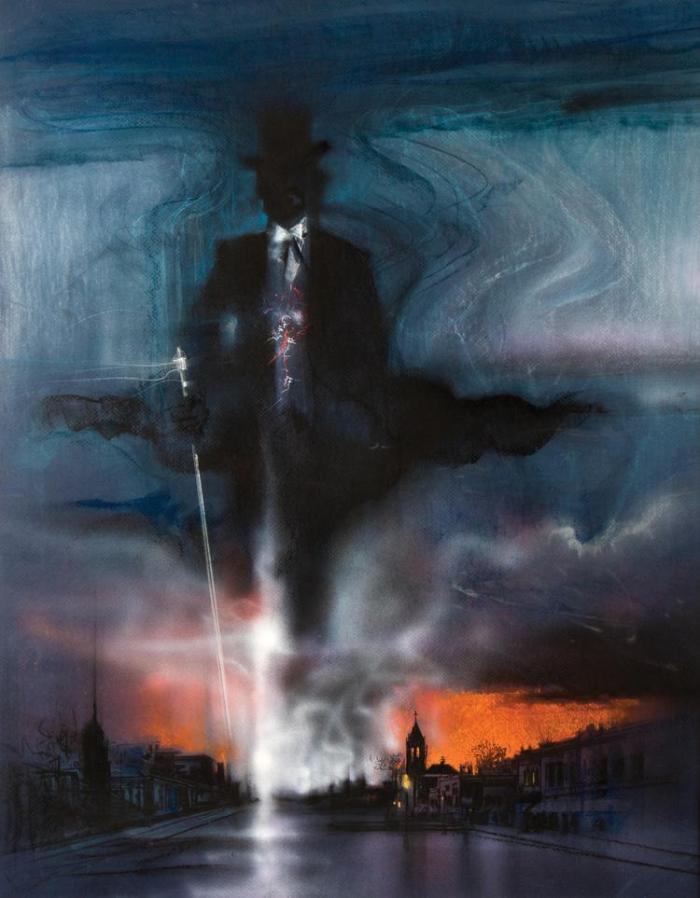 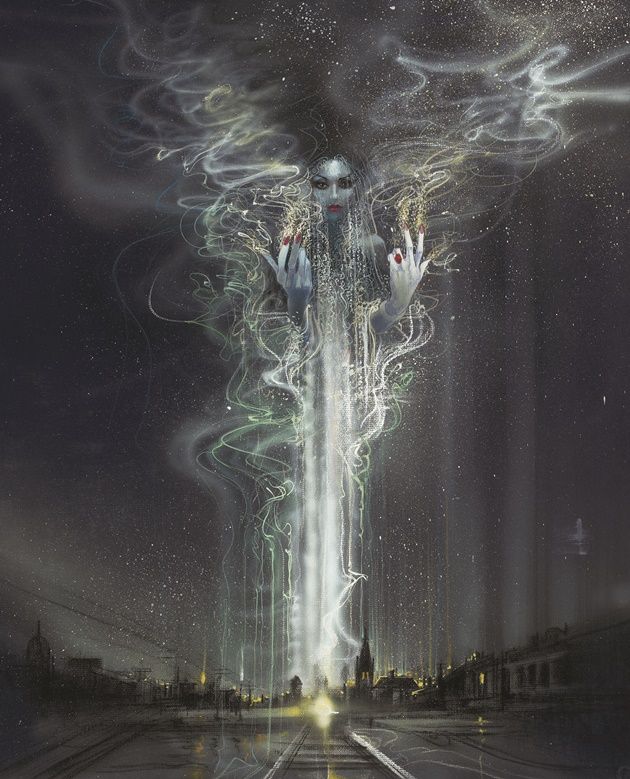 Although the extraordinary theatrical poster for Disney’s Something Wicked This Way Comes was illustrated by David Grove, Bob Peak painted these equally impressive pieces that, as far as I know, were never used. Peak, of course, was one of the finest commercial illustrators of the 20th century, and he virtually defined the visual concept of the modern film poster, starting with his colorful montage for 1961’s West Side Story. Growing up, I was mesmerized by his posters for Rollerball, Apocalypse Now, Star Trek: The Motion Picture, Excalibur, Enter the Dragon, and so many more. He has influenced generations of illustrators from every field and in every genre.

Something Wicked This Way Comes, adapted by Ray Bradbury from his 1962 novel of the same name, was a highlight of Disney’s “dark fantasy” period—a concerted effort to produce more challenging films for kids and young adults—that included 1979’s The Black Hole, 1980’s The Watcher in the Woods, 1981’s Dragonslayer, and 1982’s Tron. The story focuses on two boys who learn the terrible secret of a traveling carnival and its owner, Mr. Dark, an evil sorcerer who collects the souls of the small town residents he encounters. The child hero and comic villain had long been a dominant trope for Disney, but times had changed: after Star Wars, Peter Pan and Captain Hook weren’t going to cut it anymore. The young protagonists became feistier, more resistant to authority, and the dangers became deadlier. With films like E.T.: The Extraterrestrial (not a Disney production, but hugely influential), the “bad guys” became directly associated with grown-ups and the corrupt adult world.

My guess is that Peak’s vision was a little too dark for the marketing execs, although it fits the film perfectly. There is a fourth painting, showing the train that brings the carnival to town, that you can see on the 2015 release of the original score composed by Georges Delerue, which was scrapped at the last minute. 29-year-old James Horner was called in to provide the final soundtrack—one of seven he completed in 1983.

One thought on “Bob Peak Promotional Art for ‘Something Wicked This Way Comes’, 1983”