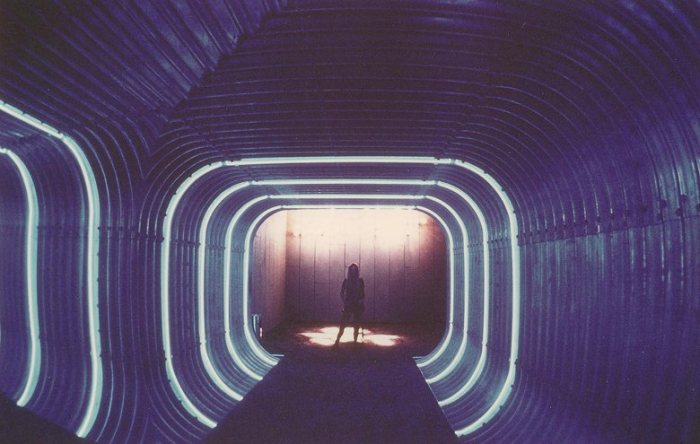 A rendering of the future in the form of a short stretch of corrugated steel, this neon tunnel that once greeted visitors to the foyer of 127 John Street in New York City feels innately familiar, even archetypal. Yet despite its appearance, the tunnel did not actually lead directly to a disconcertingly utopian future, but only to the elevators that ferried the building’s blue-collar workers up to their workplaces. Completed in 1971, 127 John Street was originally designed as a classic slab of second-wave International Style corporate office space by architecture practice Emery Roth & Sons. The building’s developers—brothers Melvyn and Robert Kaufman—were well-known for quirky decoration as well as for a predeliction for turning ground level space into “plazas” that was not born simply out of generosity: forward-looking local construction ordinances offered floor space bonuses for their inclusion, encouraging developers to channel their greed into an engagement with public space. The Kaufmans employed graphic designer Rudolph de Harak to provide whimsical visual touches, which included a huge three-story digital clock and canvas covered scaffolds on the street outside to enliven the building’s otherwise bland frontage and foyer.

Most of De Harak’s other contributions to the building’s appearance, however, feel as affected and dated as old greeting cards in comparison with the tunnel’s sleek glow. Accessible from the building’s entrance on Fulton Street, the corridor was illuminated by blue argon-gas-filled tubes, the work of architectural lighting expert Howard Brandston, with whom Harak had previously collaborated on the futurist Canadian Pavilion at the Montreal Expo in 1967 and the American Pavilion at Expo 1970 in Osaka, Japan. As well as providing a generation of New Yorkers with formative experiences, the tunnel’s ready-made shorthand for futurism provided an eye-catching backdrop for photography, and was especially popular with musicians for promo shots, NY band The System actually filming part of their monster “You Are in My System” inside it and the building’s lobby. 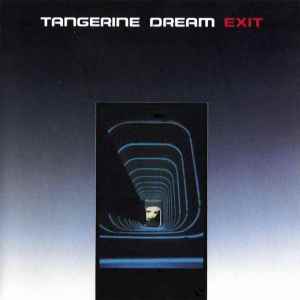 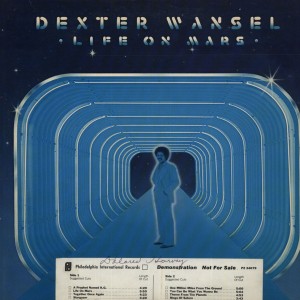 Why should a 250-foot stretch of corrugated steel sewer culvert decorated with neon piping constitute such a commanding and beguiling image of “the future”? Perhaps partly because of the optimism implicit in the nature of tunnels themselves: like jet bridges and subway tunnels, they evoke passage, acceleration, the traversing of barriers, and perhaps even escape and transformation. Its cool visual temperature and paring down of space and perspective provided a sensation of propulsion that recalled TV series The Time Tunnel (1966-1967), hinting that the gateway would catapult those traversing it to some other place—perhaps one less venal and prosaic. The tunnel’s streamlined forms and its lack of sharp right angles also gave it a strange sense of weightlessness—of being unmoored from the everyday—and the neon punctuation seems almost to draw the onlooker inside, similar to the contemporary installations of artists like Doug Wheeler and James Turrell of the Light and Space arts movement. Vector graphics—the computer-generated geometric lines used to create “wireframe” images—had been around since the mid ’60s, and the glowing geometric lines seen on the Orion III shuttle’s control panel in 1968’s 2001: A Space Odyssey may be one source of the tunnel’s inspiration, as perhaps was that same film’s “Star Gate” sequence—which itself took up motifs developed by artists and animators like John Whitney and Jordan Belson. The tunnel also reflected the hunger for experimental environments pioneered by architectural practices like Archigram and Archizoom that produced the same year’s Instant City. And at least part of the feeling of recognition surely derives from memories of the New You Shop, the plastic surgery parlour in 1976’s Logan’s Run which clearly took it as inspiration.

The tunnel was eventually dismantled in 1997, when the office building was in the process of being converted to apartments as part of the wave of gentrification then investing the city. Several of the artists—including Howard Brandston—-involved in creating 127 John Street’s installations successfully sued the new developers under the Visual Artists’ Rights Act; unfortunately, the elements of the decor preserved by the settlement did not include the tunnel. The images that remain of it, though, show a powerfully ethereal, dreamlike space that is one more small reminder of how much more stimulating our built environment could be if only we were in a position to demand it.