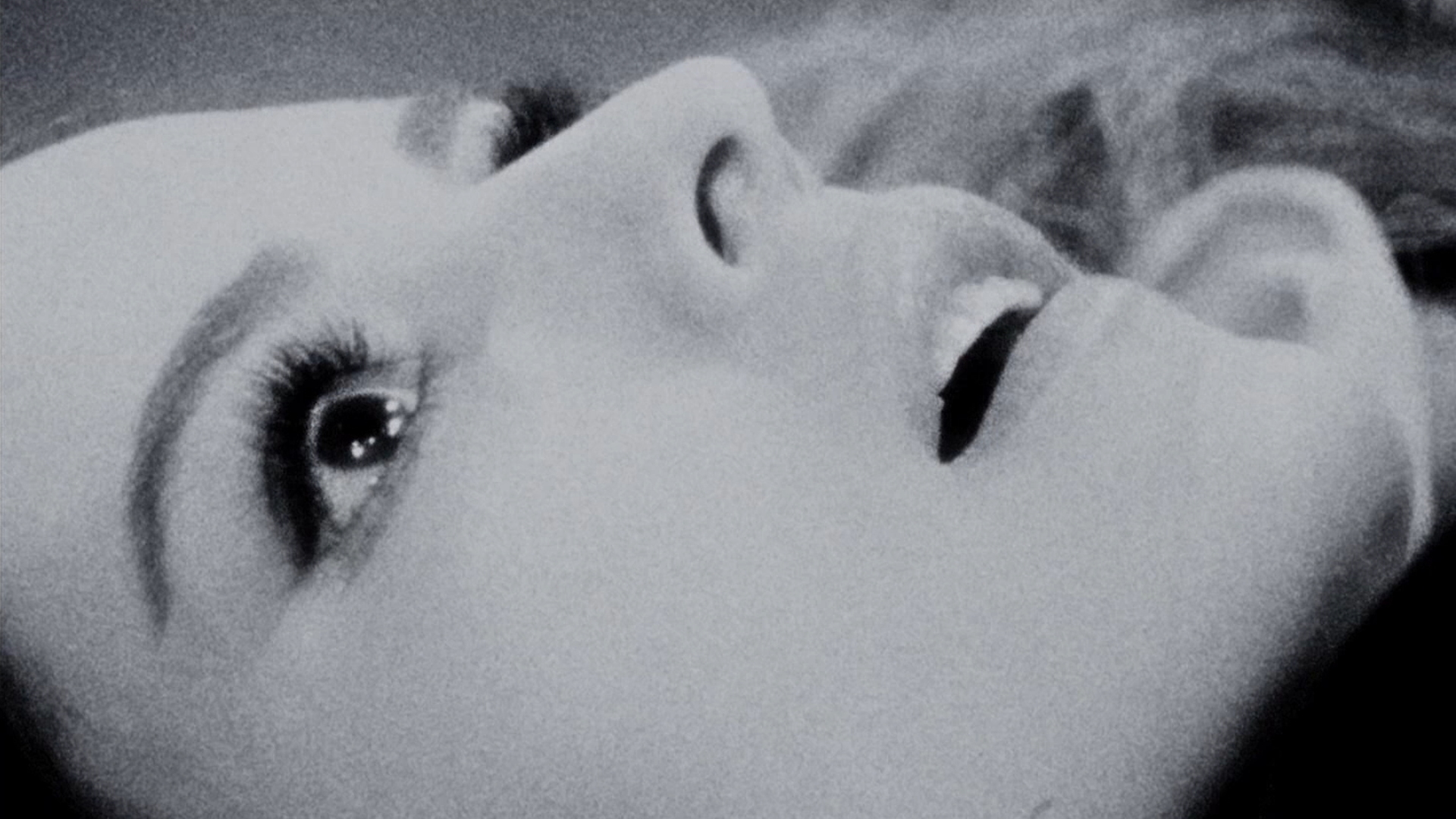 The most striking moments in 1971’s Cuadecuc, Vampir, Pere Portabella’s experimental recreation of Bram Stoker’s Dracula entirely through behind-the-scenes footage of Jesus Franco’s 1970 adaptation of the novel, are the ones that have less to do with the vampire himself, and more to do with the illusions that are constructed and broken apart through cinema. Scenes where a train passing by ruins a take, or the curtain being pulled on how the special effects are made and used. These scenes show not only the ways in which the vampire myth continues to be reinvented throughout cinema, but also the ways in which it can be deconstructed. The cinematic vampire is a fragile thing, not only for its many vulnerabilities—sunlight, crosses, garlic—but for the ways in which it can be rendered hollow, a construction. The vampire as seen on film becomes a perfect example of how horror—as a genre, as a feeling—is created and recreated.

Vampirism is at the heart of cinema history. F.W. Murnau’s 1922 Nosferatu is one of the early examples of the medium’s great potential, and the iconic image of Count Orlock’s shadow looming large over a wall as he ascends a staircase to find his prey has lost none of its power. But if footage were revealed that showed how the filmmakers achieved it, then some of that magic, that fear, might be lost. Cuadecuc gambles on this, on the idea that watching Christopher Lee step in and out of a coffin between takes will weaken the fear that his Dracula inspires; but instead it captures how that fear is constructed, and is able to turn it into something else. The counterpoint of legitimate horror—the imagery in Cuadecuc, with its looming shadows and stark, black-and-white photography reminiscent of Nosferatu, with behind-the-scenes interludes—becomes a meditation on horror itself, a way of trying to understand why the things that scare us get under our skin. It’s about the relationship that the vampire myth has with the history of cinema, and how this archetypal, mythical figure can change with the times.

E. Elias Merhige’s Shadow of the Vampire (2000) also explores the place of the vampire film in cinematic history, and, like Cuadecuc, it’s a kind of commentary on how film reifies these myths. Merhige’s film imagines an alternative version of 1922 in which Max Schreck (Willem Dafoe), the actor who played Count Orloff in Nosferatu, is actually a vampire. Shadow is framed like a kind of rockumentary; there are moments in between scenes that offer a behind-the-scenes glance at the “production” of Nosferatu, with inter-titles that reference Murnau’s (John Malkovich) attempts “to accommodate his difficult star.” As Murnau says in the film, “If it’s not in the frame, it doesn’t exist,” something that both Cuadecuc and Shadow wrestle with in different ways. In the former, the idea of horror itself isn’t in the frame; it exists through the smokescreen of movie magic. Shadow makes vampirism real precisely by putting it in the frame. There are moments when the reality of Schreck’s vampirism literally bleed into the version of Nosferatu that’s being made, in stark counterpoint to the film’s climax, when his reflection is invisible in a full-length mirror, revealing to those around him that Schreck truly is the phantom of the night. In contrast to this, Cuadecuc obsesses over the artifice inherent in filmmaking, the fact that this horror is anything but real, instead interrogating how and why the real feeling of horror is constructed in the way that it is.

This desire to myth-bust the relationship between vampires and cinema is something that runs through the DNA of George Romero’s vampire film, the strange and somber Martin (1977). While the title character might think of himself as a vampire, he goes to great pains to tell people—from the paranoid family he stays with to the radio show he calls into using the alias “The Count”—that his vampirism isn’t a curse, or supernatural in nature, but that it’s a kind of illness instead. His late night calls with the radio show are testaments not only to his loneliness, but to the problems that he thinks movies create about vampires. Often, Martin sees these things as being intertwined: “And that’s another thing about those movies,” he says. “Vampires always have ladies. Sometimes lots of ‘em.” Martin has no ladies, and ties his vampirism into a kind of sexual repression, hoping to one day do it “awake, without the blood part. Just do it. And be with someone. And talk.” The DJ that he calls even sympathizes with him—as much as a shock jock can—telling him, “I’ve seen that in the movies. People try to stop your kind.”

The relationship that Martin the film and Martin the character have with other vampire movies is something that comes through in the character’s dream sequences. They’re in black and white and highly stylized, featuring Latin chants and shadow play straight out of Nosferatu or Jacques Tourneur’s Cat People (1942). In this way, it’s similar to Cuadecuc in its desire to show the artifice behind horror and the idea of a vampire myth that’s at once fluid and transparent, transforming into mist like the creatures themselves.

In treating vampires as real, Martin and Shadow of the Vampire both present different relationships with artifice than Cuadecuc. Murnau himself (the fictional one) even calls for “an end to this artifice,” which he gets in the form of his vampiric leading man, and Martin attempts to break down the artifice of cinematic vampires in order to reveal the loneliness of life as a real one. The reality of Schreck’s vampirism is sold to Murnau’s crew through a simultaneous embrace of and push against artifice. The director insists that Schreck is simply a method actor: he’ll be referred to as Orlock, wear no makeup, and only be filmed at night. It’s through the conceit and construction of cinema that the Murnau of Shadow is able to create the idea of a vampire that will end up going down in cinematic history.

What these three films have in common is a desire to unravel the ways in which the vampire is perceived by placing them in relationship to different ideas within cinema, whether these stories are being told through found footage, film history, or a sly self-awareness of where they exist in the canon. None of the filmmakers here treat horror as something that exists in a vacuum; instead, they understand the ways in which horror is constructed and mythologized, and find new ways to explore and manipulate the genre’s myths. The end of Cuadecuc ends as seemingly every vampire film does: with the killing of Dracula (just as Shadow’s Orlock and Martin’s Martin are killed). But instead of showing sunlight bursting through a window or a bloody stake, Portabella simply uses a scene of Christopher Lee in his dressing room describing the end of Stoker’s novel. These final moments in Cuadecuc go to the heart of all vampire films by highlighting the ways in which they vampirically drain from Stoker’s source material. Every iteration is a kind of supernatural rebirth, like the vampire itself, a mutation of the myth that runs through the genre’s bloodstream.

Sam Moore‘s writing on queerness, politics, and genre fiction in art has been published by the Los Angeles Review of Books, Little White Lies, Hyperallergic, and other places. Their poetry and experimental essays have been published in print and online, most recently in the Brixton Review of Books. If their writing didn’t already give it away, they’re into weird stuff.