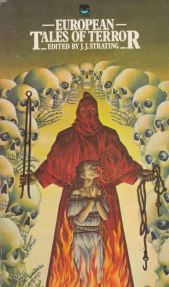 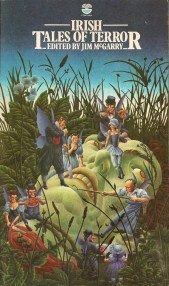 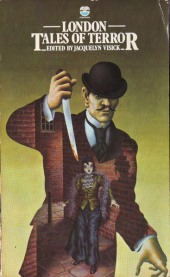 For several decades in the second half of the 20th century, paperback anthologies of horror stories were a profitable niche industry. The Pan Book of Horror Stories series, initially edited by Herbert Van Thal, ran from 1959 to 1989, and early volumes sold over half a million copies. From the mid-’70s on, however, sales slumped, as the boom in popular horror initiated by writers like James Herbert, Stephen King, and Guy N. Smith began to modernize and novelize the genre. In 1968, Fontana books (the paperback imprint of William Collins & Co., famed for its striking Modern Masters guides to the intelligentsia of the 20th century) launched a series of horror anthologies that adopted the novel approach of grouping stories by region or theme. Four of the series books were edited by British author Ronald Chetwynd-Hayes, whose stories were the basis for the anthology films From Beyond the Grave (1974) and The Monster Club (1980), and all of the covers were illustrated by artist Justin Todd, whose Renaissance-tinged modernist symbolism proved well-suited to the disturbing subject matter.