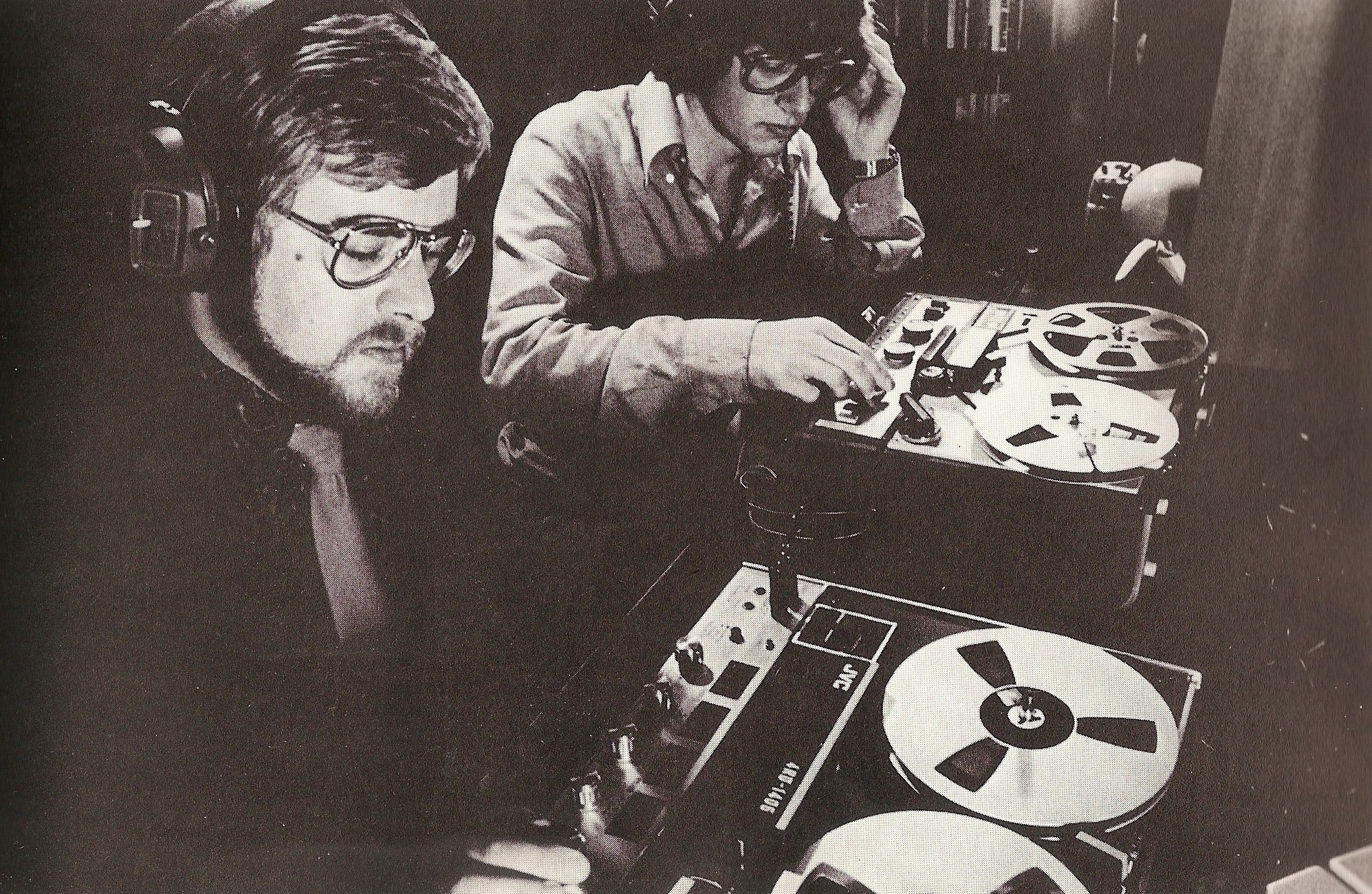 In the late 19th and early 20th centuries, the idea of contacting spirits and ghosts using the new technologies created in the fields of sound reproduction and transmission (telephone, phonograph, and wireless radio) grew out of the fertile ground of the Spiritualist movement. By the 1970s, the implications of instant playback of ethereal voices captured by consumer-grade magnetic tape recorders blew open the field of what became known as Electronic Voice Phenomena, or EVP. Konstantīns Raudive (1909-1974), who developed the standard EVP techniques and discussed them in Breakthrough: An Amazing Experiment in Electronic Communication with the Dead (published in English in 1971), inspired a generation of investigators in Europe. In this photo from 1973, Dutch EVP researchers Jos Spijkstra (left) and Hans Kennis (right) work with the then brand-new JVC 4RD-1405 quad-channel reel-to-reel recorder. Hans Kennis is still working on EVP research today and maintains a website (in Dutch) with detailed records from the history of the entire EVP movement.