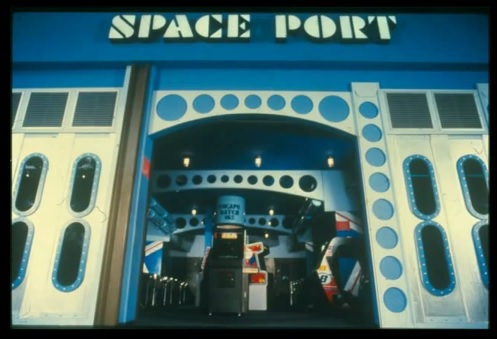 “Space Port takes great pride in the special people we choose to run our stores all across America.” 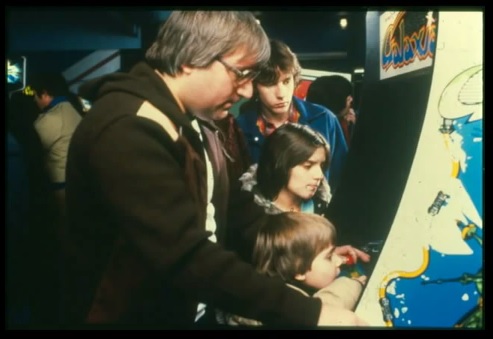 “The most important rule to remember is that our customers are number one.”

“Making change is the most frequent request your customers will have.”

“‘I’m sorry, sir, we’re not allowed to smoke in here. There’s an ashtray over there for your convenience.'” 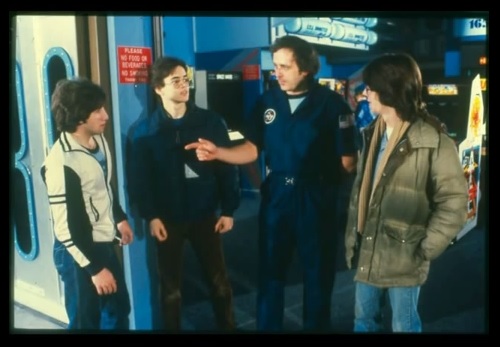 “You should never use physical force yourself unless the offender strikes you first.”

“This customer is continuing to abuse a game. You should ask him to leave the store immediately and not return.”

“You’re a winner, and that’s why we picked you.”

Spaceport was an East Coast mall arcade chain active in the 1980s, competing with Time Out and Aladdin’s Castle. The interior was designed to resemble the inside of a spacecraft, with “escape hatches” protruding from the ceiling, cylindrical “E.V.A boosters” lining the walls, and various future-forward portals and struts that contributed to “the pleasant and beautiful surroundings… carefully planned by the leading architects and space planners of the industry.” Employee uniforms were modeled after NASA jumpsuits—the first Space Shuttle launched on April 12, 1981—and featured patches of the Spaceport logo and a U.S. flag.

This employee training video, simply a slide show with voiceover narration, offers a glimpse into the early arcade industry and attitudes toward young people and youth culture at the time. While arcades became massive money-makers following the release of Space Invaders in 1978, the establishments very quickly became unpopular with adult neighbors and moral crusaders, who complained of noise, drugs, and various “disturbances.” Curfews were instituted, and, in some cases, video games were banned. Spaceport was one of the first chains “geared to attracting families shopping in the mall, offering them a clean, pleasant, fun-filled environment to enjoy with their children,” and the company made a concerted effort to reverse the popular perception—largely fantasy—of arcades as havens for unruly teens.

“The first rule to enforce at all times,” intones the narrator, after a short introduction and instructions on how to organize change, “is our ‘no smoking, no eating, and no drinking’ policy.” The accompanying slide shows a scruffy-looking, puffy-jacketed mall rat chomping on a Marlboro and clutching a tiny plastic cup; our Spaceport hero points him to the nearest ashtray. “Never allow people to loiter in your store, or in front of your store” is the next rule, and we catch a glimpse of three not-so-tough-looking teens (scruffy-looking guy included) puffing on unlit cigarettes, in brazen defiance of the red “No Smoking” sign above their heads. This is when we learn that Spaceport is a “family entertainment center,” not the Mos Eisley Cantina. But perhaps there’s some wiggle room:

You should never use physical force yourself unless the offender strikes you first. Then use only the amount of force you feel is necessary to protect yourself, other patrons, and the store itself.

On the technical side, we learn about painted quarters, which arcade employees used to test games and play games when off the clock (painted quarters were disregarded in the profit tally). There were also protocols for writing up service requests, opening the “dollar bill changer,” “housekeeping chores” (an “approved cleanser” must be used), and preparing for “undercover inspectors.”

The demise of arcades—a 1981 video game developer described them as “a kid’s country club“—was the final knell of a deeper tragedy: the physical spaces that once allowed young people to congregate, be independent, and come to terms with conflict have been eliminated by a generation of adults who grew up taking them for granted.