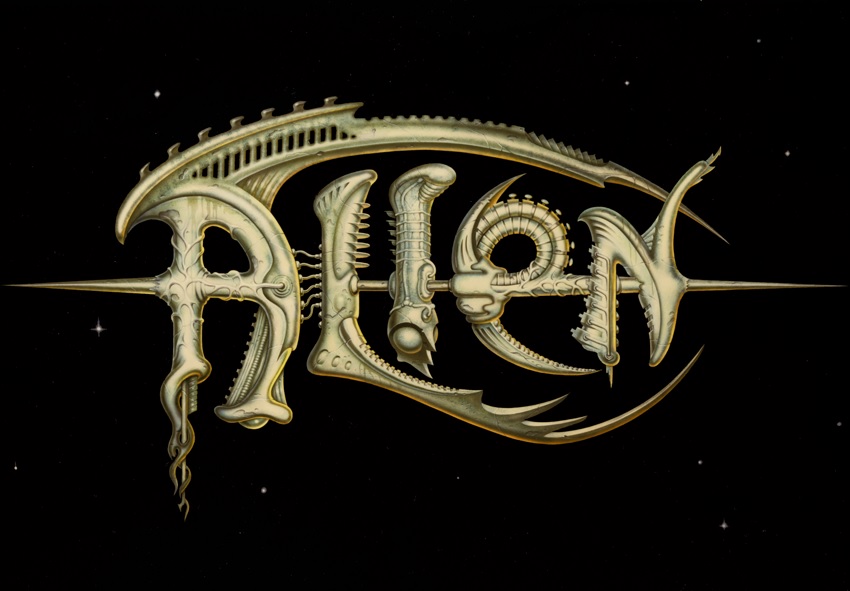 Michael Doret, a Brooklyn, New York-born illustrator and graphic designer, started working professionally in the early 1970s, and is responsible for several iconic images, including a series of Time magazine covers (five of which are permanently collected at the National Portrait Gallery in Washington D.C.), album covers (Rock and Roll Over by Kiss, notably), the New York Knicks logo, and the title treatments for Zardoz (1974) and Wolfen (1981), both heavily imitated since release. More recently, he designed the title treatment for Disney’s Wreck-it-Ralph (2012). Says Doret of the unused Alien logo:

The title treatment I designed for Ridley Scott’s Alien never made it into the public arena. It had some small promotional uses before it was run over by the Bill Gold Advertising machine and relegated to the back burner. At any rate, this was great fun to have worked on—the more so since I was able to work on it with my friend (the now famous “pop-surrealist”) Todd Schorr. I designed and drew the forms based on the “bio-mechanical” forms I saw in some publicity stills from the production, and Todd painted the absolutely gorgeous finished art.

Doret’s design was used commercially, at least once, as a t-shirt iron-on transfer distributed by Roach Studios.