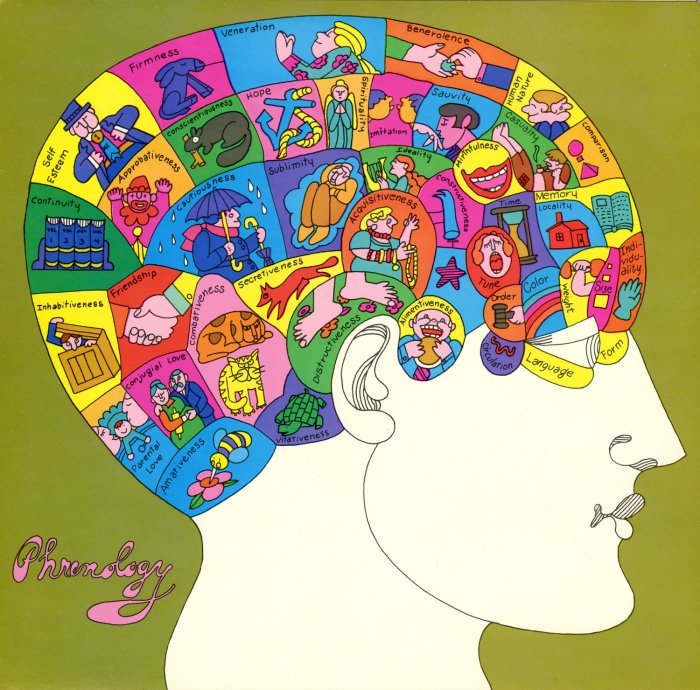 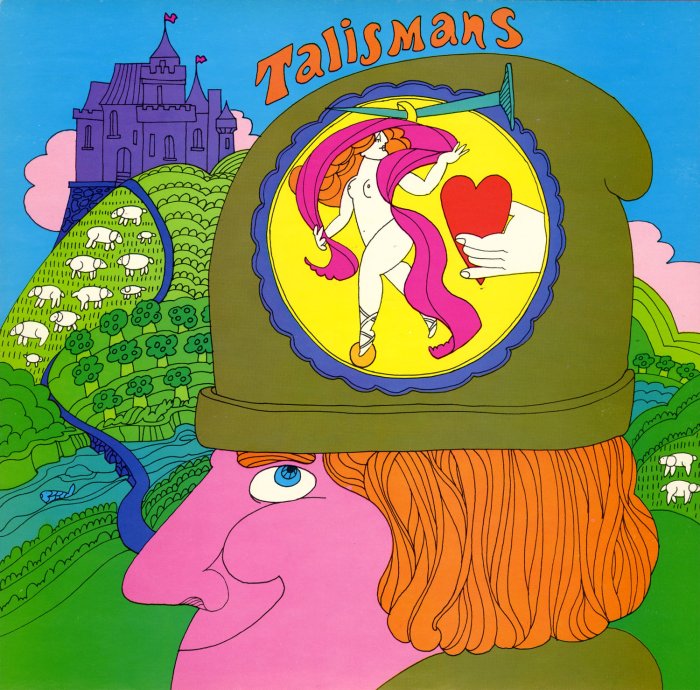 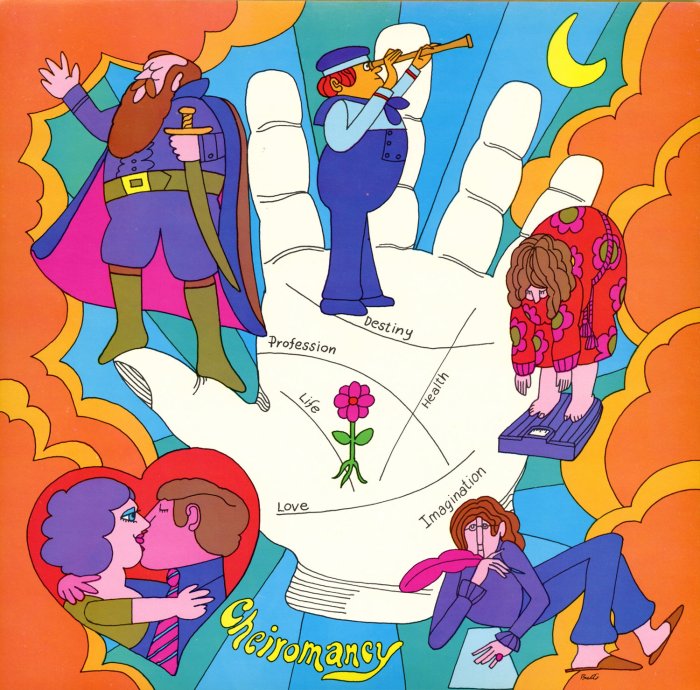 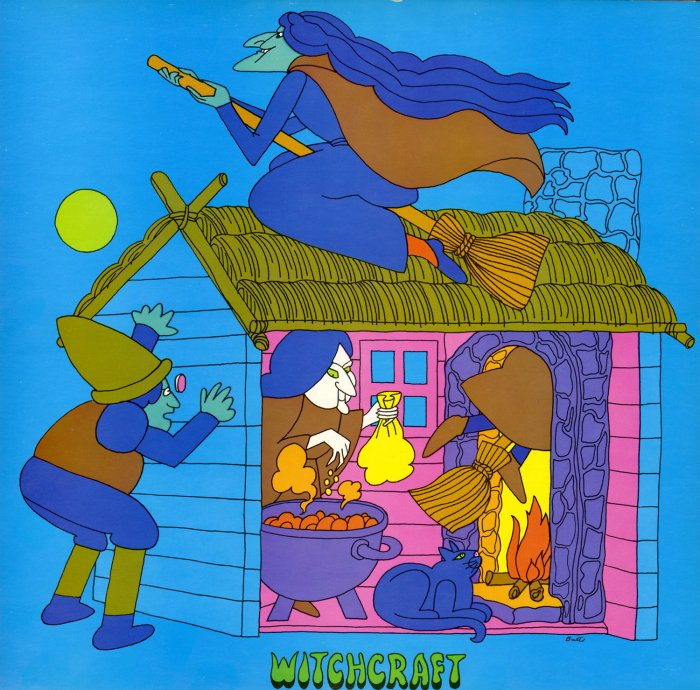 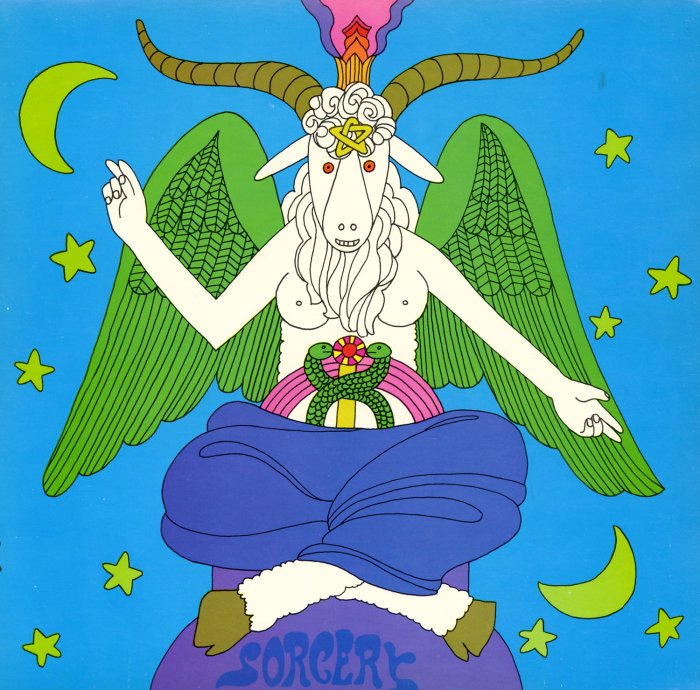 Perhaps taking its lead from Troubador Press’s 1969 Zodiac Coloring Book—and coming out the same year as Troubador’s Occult Coloring Book—the Occult Datebook‘s beautifully vivid images perfectly epitomize the occult’s shift into the mainstream. This was the result of the previous decade’s revival of all things arcane, driven both by the counterculture and horror fiction and cinema, which also resulted in artifacts like 1970s immensely popular “Illustrated Encyclopedia of the Supernatural,” Man, Myth & Magic.

Like Troubador Press, Determined Productions was a San Francisco company whose creatives were steeped in that city’s psychedelic aesthetic. It had been founded a decade previously by Connie Boucher, an ex-window dresser turned children’s book publisher who, in the early ’60s, spearheaded the licensing of cartoon characters when she struck a deal with Charles M. Schulz to produce a Peanuts calendar. In addition to allowing Determined Productions to produce a torrent of Peanuts paraphernalia over the following decades, the agreement also gave the company rights to all of Schulz’s characters, meaning that anyone subsequently wishing to license Peanuts characters was forced to pay them a 5% royalty on top of the 5% already owed to Schulz himself.

In addition to Peanuts merchandise, Determined Productions also branched out into beautifully illustrated books on recipes, cocktails, and whatever else was currently passing through the zeitgeist. Hence the luminous, artfully naïf Occult Datebook (presumably there are calendar pages on the opposite side of the 12 illustrations). The illustrations were provided by Californian husband and wife artists Ann and Bruce Butte, who took their cues from the postmodernist pop art idiom popularized by artists and graphic designers like Milton Glazer, John Alcorn, Peter Max, Seymour Chwast, Bob Pepper, and Sandy Hoffman. Bruce Butte had previously been part of influential San Francisco graphic design agency Butte, Herrero & Hyde, and his ex-colleague Lowell Herrero was the artist responsible for this 1967 calendar for Shell Fertilizer—a perfect example of corporate interests appropriating countercultural aesthetics, in this case the blend of old-timey nostalgia and lysergic glow seen in Ron Cobb‘s cover art for the Jefferson Airplane’s After Bathing At Baxter’s. The Buttes also provided artwork for other Determined Productions products, including a 1970 Zodiac Datebook and 1969’s Cocina Mexicana.

Connie Boucher’s interest in conservation issues led to her creating a range of soft toys licensed to benefit the World Wildlife Fund and producing a 1989 live action short film, “Amazon Diary“—directed by Robert Nixon and featuring Sting—which was nominated for an Academy Award.

Over the space of a decade, Determined Productions went from producing innocuous Snoopy merchandise to releasing a child-friendly compendium of the occult: an interesting reflection on the venality of commerce, and even more so upon the frazzled psychology of the times.