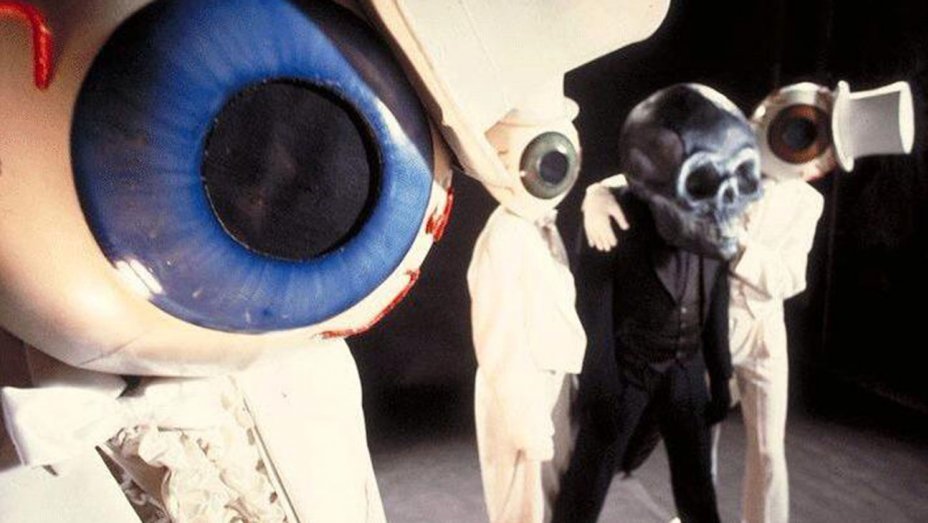 Hardy Fox passed away in October of 2018 and, as he was nearing the end of his life, he let it be known to fans what they had secretly suspected for years: that he had been the main composer for the avant-garde band The Residents. The revelation had come in steps: first outing himself as a character called Charles Bobuck, who had written everything, and then, when that led to more confusion, laying all the cards on the table: “My friends and I formed an art ensemble called The Residents with a somewhat cynical eye to the entire entertainment world with its decadent star system,” he explained in a newsletter. “Things went very well for The Residents. After some 40-odd years, after reaching the golden age of 70, I retired from that band. That also meant I was no longer bound by those philosophies.”

The sound of the Residents had been the sound of Fox. Homer Flynn had been the voice of the band, while collaborators Jay Clem and John Kennedy had been part of the classic first decade, leaving after the 1983 Mole Show tour had bankrupted the band. (Until Clem and Kennedy let us know, we won’t know their full contributions to the Residents.) Fans and journalists happily played along with the band’s theory of obscurity, although all it took was listening to Homer Flynn talk to know he was the singer. Interviewers would listen to Flynn and Fox talk about the band in third person, present themselves as members of The Cryptic Corporation, which only “managed” the Residents, and nod in agreement. Because the Residents started during a time when media could allow you to disappear. Not so now—I know they can’t find the guy who invented Bitcoin, and Banksy remains an unknown factor, but if any group tried to pull the “theory of obscurity” thing now, they’d be outed in under a day on some Reddit forum.

However, this game seems to have stunted any serious writing on the Residents’ work, especially the lyrics. Space is taken up describing the music, and the concept—always a concept!—of the album at hand. That’s why 1980’s The Commercial Album is both loved and overlooked. Usually it’s the album’s gimmick that gets the attention: 40 songs, each of them one minute long. Since a pop song is based on repetition over three minutes, the original publicity suggested we listen to each song three times in a row. Coming after the long, icy soundscapes of Eskimo (1979), The Commercial Album was seen as a self-deflating punchline to what had been their most mature work so far. It also bombed, er, commercially.

And that’s usually where the discussion ends. The biggest complaint is that the songs are too short, and the ideas—or rather, the concept—are too slight to be enjoyable. The biggest compliment is that it’s never boring and, well, goddammit it, the thing sounds like the Residents, and nobody sounds like the Residents. The LP contains some of the group’s most chilling ‘50s sci-fi sounds, and some of their funniest moments (like the squelch-fart bass and electric pubic hair guitar solo from Fred Frith on “Moisture”). It also contains several instrumental miniatures that explore the pentatonic scale with Asian and Native American motifs.

Up to this point, Residents’ lyrics had been (1) nursery-rhymes by way of Captain Beefheart; (2) nonsense Dada-ist repetition; and (3) sinister narratives starring an oddball character (“Hello Skinny,” “Lizard Lady,” “The Electrocutioner”—pretty much every song on their first pop masterpiece, 1978’s Duck Stab). About a third of their songs had been covers.

The Commercial Album features some of these oddballs, with songs “Margaret Freeman” (sung by XTC’s Andy Partridge) and “Loss of Innocence,” a dry run for the band’s Freak Show album (1990). But after having just read Fox’s 2015 autobiography This (still available on his website), along with a collection of previous essays from around the same time called Test Tube for T, I learned that Fox had been married to Nessie Lessons (who sang “Happy Home” on 1982’s The Tunes of Two Cities) in the late ‘70s. I also learned that, around the mid-80s, the marriage was over. Fox, who had experimented with men since his move to San Francisco in the ‘60s, came out, subsequently meeting his future husband Steven Kloman, called Roman in the autobiography. The couple married in 2008, but they had known each other at least since 1994, as Kloman provided vocals for Freak Show. Says Fox:

A long time ago, on a planet far away, I was married to Nessie Lessons. She is a remarkable woman. I never stopped loving her, but once I met Roman, the marriage no longer functioned to our expectations of what a marriage should be. She loved Roman too. Everyone does.

With this little bit of context, the lyrics on The Commercial Album suddenly took on a very different tone. It was all there, staring me in the face: their “pop” album was about a marriage falling apart.

“Easter Woman” opens the album and sets the tone: “Easter Woman came today and took away my wife/Took her through an open doorway into the afterlife.”

The Commercial Album is full of wives and women. Some are heading towards oblivion (“Amber was the evening when the whirlpool pulled her in/It was irresistible is what she used to say”). Some are suicidal (“She said she wished to die in terror/Screaming in the night”). They can be aloof like the elevator operator in “Ups and Downs” or apocalyptic like the title character in “Red Rider.” But it’s the domestic scenes that really popped out with the kitchen-sink grubbiness of an entropic marriage. “She was unhappy and even unkind/she will not listen but I do not mind” goes the opening line in “Dimples and Toes”. Or how about “The Nameless Souls,” with its litany of complaints:

Fox gives us post-quarrel scenes in “My Second Wife” and, in the creepiest tune on the entire album, “The Act of Being Polite,” where the synths and vocals are all set to a kind of gingerly, treading anxiety:

And when Fox writes about love in the general sense, it’s cynical (“The only really perfect love is one that gets away” or “Love is only loneliness/Divided by another”) and hopeless (“Hour by hour, day by day, love leaks out and goes away”). That’s just Side One. Side Two’s lyrics get more, shall we say, cryptic. They also get more sexual. How else to read “My Work Is So Behind” but as a random tryst straight out of a porno, with a hazy, sultry atmosphere (“a burning yearning heat”) and a random stranger that doesn’t dismiss the writer like Red Rider or the elevator operator:

Here the arrangement becomes manic and Flynn’s vocals are double tracked and raised in pitch:

A few tracks later in “Handful of Desire” the hookup is even more explicit:

Here is an album I always thought was fun—because short songs are always seen as frivolous—that is actually a deeply felt series of miniatures about heartbreak and desire. Love was “A contest fought between two souls/To know which thought that each controls.” Desire is greater felt, but shorter and shameful. The album ends with more apocalypse (“The Coming of the Crow,” performed to revelatory perfection on 1986’s 13th Anniversary Show: Live in Japan) and then an elegy, “When We Were Young,” a romantic instrumental that is sweet and dissonance-free. If there was any way out for Fox at the time, you can find it in “Suburban Bathers.” The singer gazes at the couples at the beach, but is really staring at the abyss of the sea, and the sea stares back. And then, the ultimate realization: “If I learn to love myself/I might survive the murky depths.”

With the passing of Fox, a crack has opened in the facade that both the Residents and their fans created. But it is still only a crack. Some of what I outlined above might be completely wrong, maybe all of it. The Residents took what they did seriously and have left us five decades of work to contemplate and comprehend. It’s now up to the rest of us (at least those who think and write about music) to get serious about Fox and his band.

Ted Mills is a Santa Barbara-based arts writer, film director and curator, au courant and bon vivant. You can find him on Twitter at @tedmills.

One thought on “Blood on the (40) Tracks: The Residents’ ‘Commercial Album’, Reexamined”