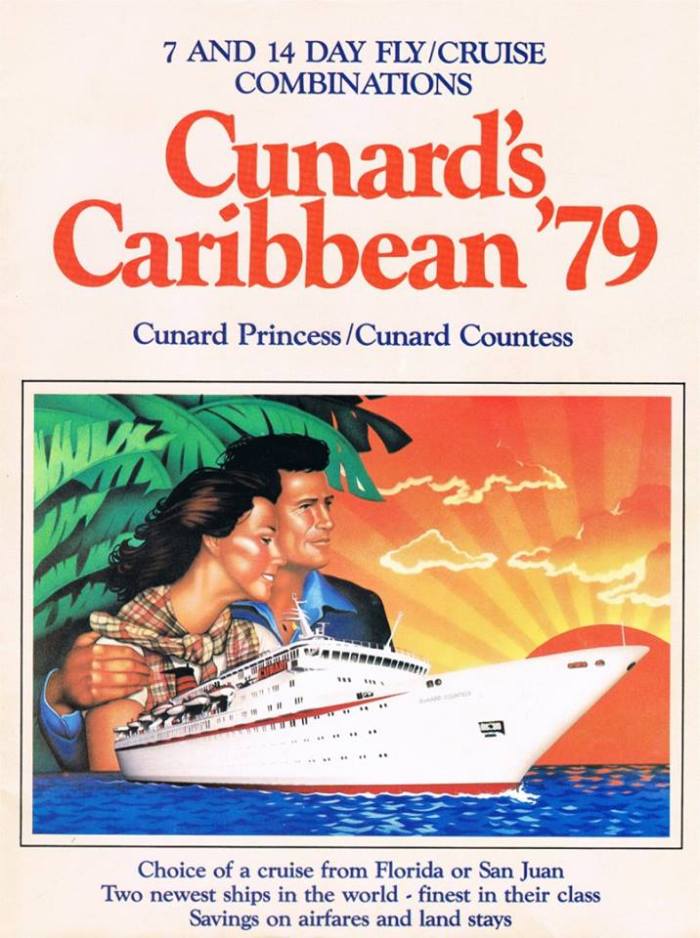 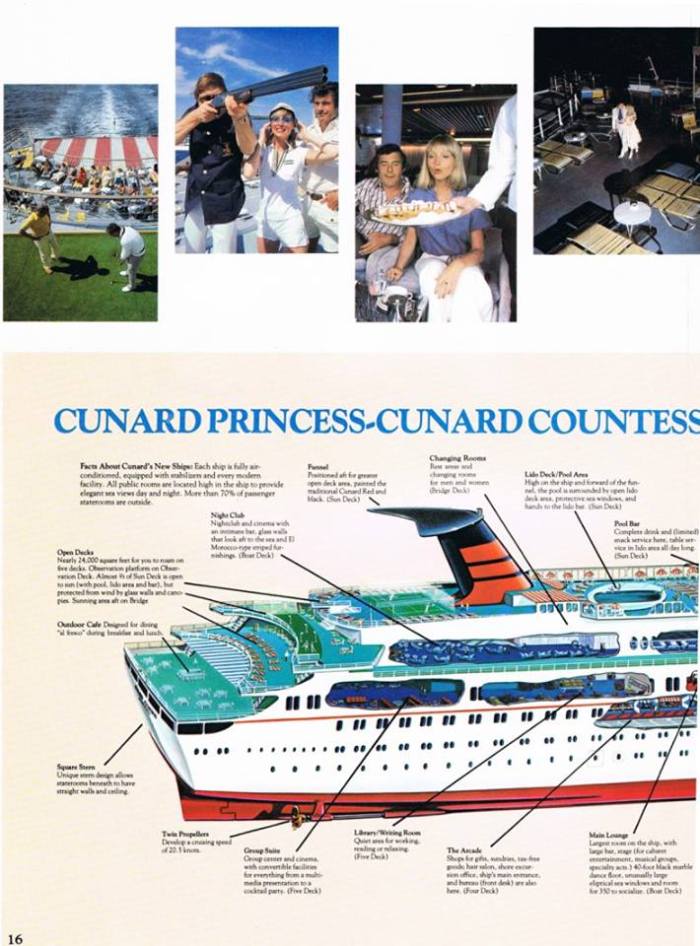 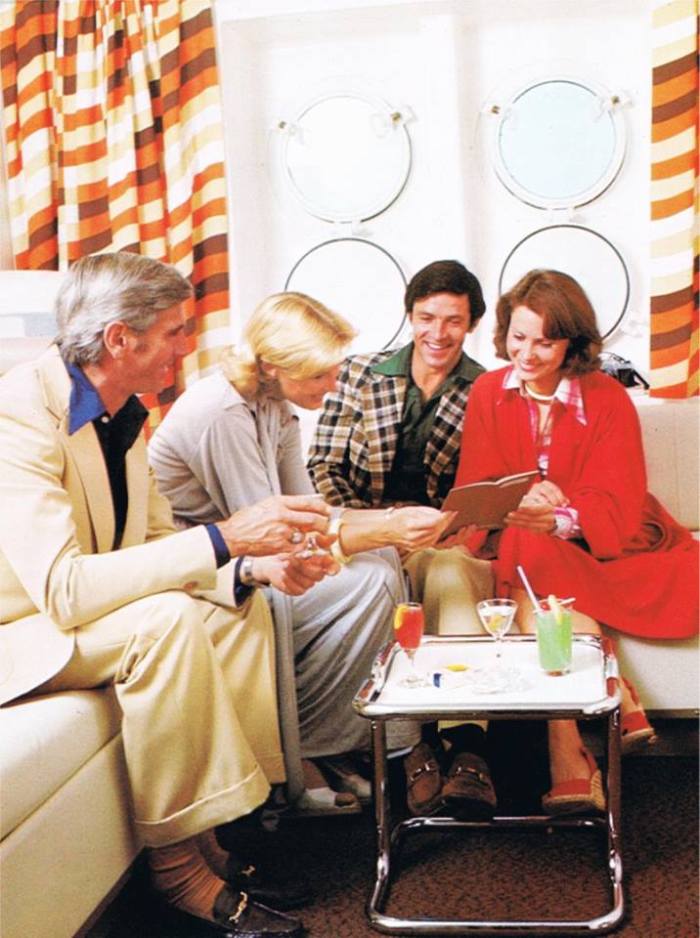 The number of cruise passengers worldwide increased from half a million in 1970 to 3.8 million in 1990, the hike almost exclusively thanks to Aaron Spelling’s The Love Boat (1977-1986), a one-hour dramatic fantasy that portrayed a relatively diverse, generally middle-class group of passengers and the close-knit crew that tended to them (and often cavorted with them) during the voyage. Similar to the same year’s Fantasy Island, another long-running Spelling production, The Love Boat sold the American Dream—the idea that people from all walks of life, regardless of economic or social status, have an equal shot at experiencing luxury and finishing first—at a time when that dream seemed increasingly out of reach for everyone but cruise ship captains and the TV stars who played them.

This Cunard brochure from 1979 describes the aristocratic allure of the cruise:

At sea you’ll shed the weight of the everyday world. Your skin will glow from the fresh air and gentle spray. You’ll feast on delicious food and drink. You’ll luxuriate in comfortable, well-appointed rooms. You’ll have all the facilities of a modern luxury liner at your disposal, as well as the pampering attentions of a crew with one thing in mind—your pleasure.

The word “pamper” is used repeatedly, as it is in today’s ad copy, and elsewhere in the brochure the cruise is summed up as a “floating resort”—i.e., the most sanitized means of travel imaginable, in essence a roving gated community. “All meals on the Princess and Countess are set with immaculate, gleaming table service,” we’re told. A “seeker of solitude” will “probably be drawn to our well-stocked library,” although it’s intimated that the surroundings lend themselves much more to “[dropping] into an exciting cabaret where you can samba, waltz or tango with a special someone” and participating in “special theme nights [that] form… a grand illusion.”

Both ships offered here for “your ultimate comfort and relaxation” were chartered for British and American war efforts, the Cunard Countess transporting British troops during the 1982 Falklands War, and the Cunard Princess serving as a “recreational facility” for U.S. Armed Forces during the Gulf War. Cunard’s most famous ship, the RMS Queen Mary, was transporting nearly 17,000 U.S. troops during World War II when hit by a rogue wave 700 miles from Scotland. The ship nearly capsized, and the story inspired Paul Gallico’s 1969 novel The Poseidon Adventure. The Queen Mary is now a tourist attraction in Long Beach, California.

The “grand illusion” (or grand delusion) that makes the cruise possible was revealed in, of all things, a 1980 episode of The Love Boat, when beautiful hillbilly Kitty Scofield (Loni Anderson) rebuffs her big city suitor (Rich Little):

I been pretendin’ this boat’s the real world, but it ain’t. It’s just as make-believe as the county fair. The fair shuts down, and you go home. You don’t try to live there.

The two eventually get together, of course. That’s why we keep trying to live there.